I wasn’t able to provide a list of shows that I was planning to watch, but you can check it out over at my MAL. Either way, it’s still a pretty formidable list that will likely get knocked down a couple levels as the days go by — but that doesn’t mean I won’t try to watch as many first episodes as I can to help navigate you guys through the busy Summer season. So let’s get started then, shall we?

The premise is simple enough — given the chance to relive your high school life, how would you do it? For Kaizaki Arata at least, he doesn’t have much of a choice after signing up for a fishy experiment whilst being half-drunk. Though I’m pretty sure most people will be split between actually enjoying the carefree adolescent life versus the dread of reliving the labors of puberty, ReLIFE successfully navigates its way through this hypothetical question in its pilot episode. The show is primarily presented as a comedy, but the effective use of timed comedic beats and insightful reflective moments hails to the flexibility of first time director Tomochi Kosaka. A sense of mature comedy clashes with the otherwise adolescent environment Kaizaki is placed in, and is accentuated quite well with the effective use of visual flourishes, which helps to add flavor to the established humor. Instances like bringing a pack of cigarettes to school by mistake, for example, are both incredibly stupid but ironically funny given his situation as a “man trapped in a boy’s body”. The show has actually already completed its run, but I’d like to see if I can pace this show throughout the weeks to make the best of it. Whether you decide to ration it or blaze through it in one go, I’m quite confident that it will do quite well to fulfill both the funny bone and drama bone in all of us. 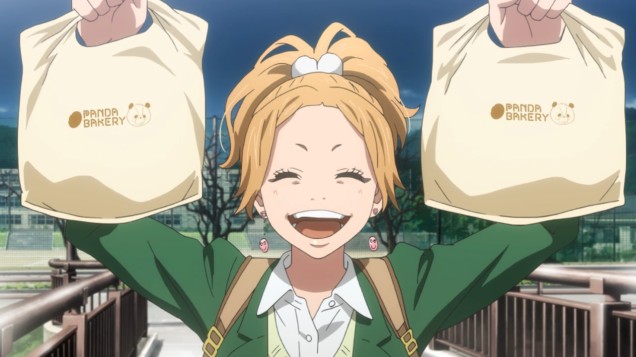 Orange might seem eerily similar to ReLIFE at first glance, but the former is quite decidedly a drama. And the first episode lays it pretty thick early on with the whole “yeah, that guy died” schtick. The use of a “reverse time capsule” motif was an interesting approach to opening up the story, and it serves as a welcome spring board with which the viewer can get invested in. The direction is also quite fascinating, bringing in the likes of Hiroshi Hamasaki (director Stein’s;Gate) for direction and Nobuteru Yuki (Kids on the slope) for character design. So far, it’s a very intriguing pilot episode for this show, but I can’t help but feel that they’re going to have to promise something good given the amount of hype this type of introduction can introduce. Let’s hope for the best.

Tales of Zestiria the X

Well, I can’t deny the scale of production that UFOtable puts into its works. Tales of Zestiria the X is stunning on a scale proportionate to its fantasy RPG origins, but as far as the first episode goes, much of it is still in the world building stage. For this type of genre, at least, this is commonplace, so it didn’t matter that I wasn’t too attached to the characters to really care about the drama that happened on screen. There was a lot of 3D sequences, and a lot of the latter half of the episode was mostly bang and fluff, so it’s really hard to say at this point what to expect from this show other than a pretty slick production. I haven’t really played any games from the Tales of franchise either, but even so, this show looks very, very promising. I just hope it doesn’t end up as esoteric as UFOtable’s recent GOD EATER. 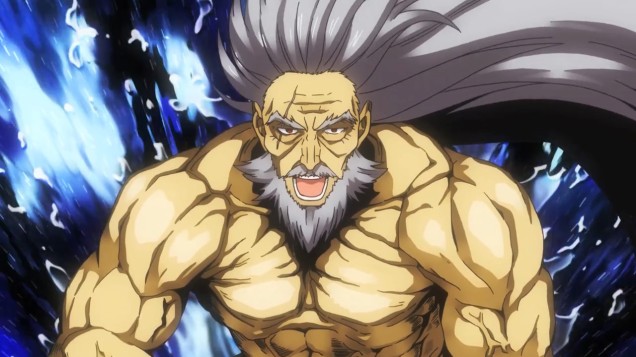 Disclaimer: this is one of the rare times that I’m actually caught up on the manga of a show I’m watching, so my comments on this anime will be very specific. That said, I felt that the second cour of Food Wars! was ridiculously fast. This particular episode was one of those very touching moments when Alice began to understand Souma’s idea of cooking, so it felt a little odd to see all of this crammed into a single episode. What’s more, there were several temporal elements that were weeded into the episode in a side comment manner. Though this doesn’t really alter the flow of events much, it made things feel a little disjointed and, well, rushed. But maybe this quick pacing means that JC Staff wants to complete the Autumn Festival quickly in order to move on to the succeeding events which are, at least in my opinion, a bit more exciting. Regardless, Food Wars! The Second Plate maintains its eccentric visual splashes and makes the whole concept of “food being better than sex” very palpable and real. I’m still thoroughly enjoying this show, and I’m sure all of you fans out there definitely will, too.

We’re off to a pretty good start! Although I was initially worried that there weren’t that many good titles this season, I’m actually starting to feel a little optimistic. Realistically speaking, however, I’d like to limit my shows to less than 8 this season — and that’s going to be challenging given that I still have two shows left over from the last season. Owel, whatev. Stay tuned for further updates and previews!