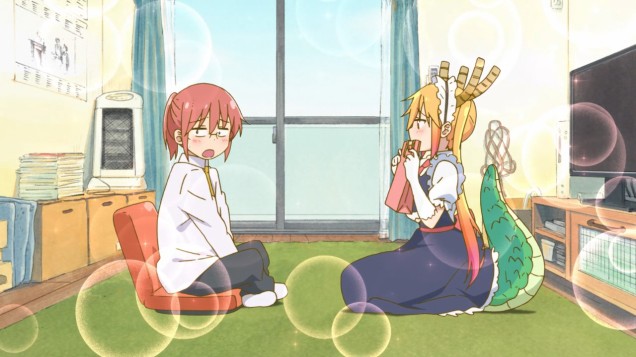 I was actually expecting four parts for my winter previews (like in previous seasons), but for some reason I had to cut them short given two of the shows on my list are actually premiering at a later date. Oh well, doesn’t really matter, especially since this last installment of shows were actually quite compelling in markedly different regards.

But that said, it looks like this was a rather lukewarm premiere week for shows this Winter 2017. And this comes right after the recently-concluded Switch Conference that debuted the ultra-hyped console that had been making its rounds since October of last year. The presentation was similarly “lukewarm” with a few points that kinda watered down whatever fanboy expectations I had for the system, but at 279.99 GBP and retail price and a teased Collector’s package of Zelda: Breath of the Wild? Fanboy faith in Nintendo restored.

UPDATE: I went and pre-ordered it… gaaaaaaaaaah

So yeah, before this turns into a rant-post about Nintendweeb, let’s run down the last bunch of shows I’ve looked at this season — featuring mandrakes, dragon tails, cigarette butts, and unrequited love.

To those who might not be familiar with this show, Little Witch Academia was the brainchild of animation director Yo Yoshinari, who is most known for his distinct style in works like Tengen Toppa Gurren Lagann and Panty & Stocking with Garterbelt. After jumping to the post-Ginax works studio Trigger, director Yoshinari went on to produce Little Witch Academia as a conceptual short film as part of the Anime Mirai 2013 project. Widespread acclaim over the YouTube fanbase made for a Kickstarter funded sequel movie entitled Little Witch Academia: the Enchanted Parade in 2015, before finally landing itself a full-blown production series this Winter 2017.

Its genealogy is one thing, but Little Witch Academia is perhaps the “saving grace” of animation, blending fluid animation with wonderful production notes, a fresh and inventive character line up, and an immersive viewership experience simply not seen in mainstream anime these days. And it’s this wonderful blend of classic story telling with innovative animation cues that makes Little Witch Academia perhaps one of THE best animation premiers this season.

The story is simple enough, featuring a non-witch Atsuko Kagari who sets out to follow in the footsteps of her idol Shiny Chariot to become a full-fledged witch. Her first day isn’t exactly a walk in the park, as she runs into the mischievous potion-totting Sucy Manbavaran and bespectacled Lotte Yanson — only to wind up running away from mandrakes and avoiding getting burnt alive by a wild Cockatrice in a forbidden forest. The story boasts a Harry Potter-esque fantasy adventure combined with the basic morals of finding rapport in the least likely of friends.

Little Witch Academia is by far both original and classic — bold and yet still familiar — a highly acclaimed concept finally making its well earned debut as a fully actualized series. I’m more than pleased to see such a wonderful spectacle unfold this Winter 2017. Initial Rating: 9/10

It seems odd to have to jump to a random, four-panel-inspired comedy coming from the heels of the highly polished Sound! Euphonium, but Miss Kobayashi’s Dragon Maid is what it is, and doesn’t seem to be affected by the fact in the least. As far as Kyoto Animation titles are concerned, there is the temptation to compartmentalize their works by genre, meaning my initial impressions of the show were unfortunately compared to previous works like Nichijou and Lucky Star.

But the comedy of Miss Kobayashi’s Dragon Maid lies in the overt joke of a certain dragon, Tohru, wishing to become the personal maid of the urbanite Kobayashi, and the show makes a good use of its entire first episode run simply toying around with the fact that, yes, Tohru is a bonafide dragon sporting a cosplay maid attire. The rebuttals are jerky and consistent with typical Manzai fair, making the comedic pace hectic, albeit sprinkled with staccatos of random wtf.

And that’s where I can’t help but compare the show to older titles like above, which (to be honest) isn’t really fair. There’s a style to its comedy that is more deliberate than random, and yet banks on the whole monster girl aesthetic that is, apparently, a hot item these days. Otherwise, the show’s unique selling point lies in its subtle hints at character depth during the last portion of the episode, which raised issues with regard to the relationship between humans and dragons from lore. It’s an interesting twist that breaths a little more consequence into the otherwise pointless strings of comedic banter, but still — this is a show that will have to prove itself over the season — especially in light of the fact that we’re literally drowning in a sea of slice-of-life comedies this season. Initial Rating: 7.5/10 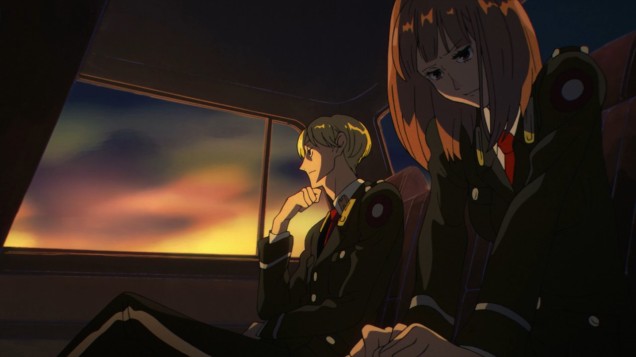 I’ll get the obvious out of the way first: the premise of this show is boring. Heck, it’s about the auditing department of a unified state and how bureaucracy is a pile of hoo-haa. But that said, I’m totally digging it.

The production notes are solid, and I totally dig the non-traditional art style within an entirely Western setting. Even the transliteration of Japanese words into Roman letters give the show a very polished feel, and the character focus is just superb. Although many people have argued that the show’s first episode overdoes it with the exposition, I honestly feel that the show’s effective use of composition and tone creates a wonderful texture for its characters early on, and this is combined with wonderfully evocative facial expressions and well-timed speech.

So it’s clear that as a person who enjoys character dramas, I’m totally sold by the premier episode of ACCA. Because to be honest, any story — no matter how mundane or boring it may appear by synopsis alone — sells itself by execution. ACCA does just that — it executes a brilliant first episode that just invites me to see more and more of it. Initial Rating: 8.5/10

It seems almost serendipitous that as I am currently contemplating on writing an editorial on themes of “forbidden love” in anime, this show appears. Indeed, topics of student-teacher love and adolescent sexuality tend to be controversial, but there’s something to be appreciated in the boldness of embracing these topics through the use of anime as its medium of expression. And true to that form, Scum’s Wish examines the troubled emotional relationship of Hanabi and Mugi as they become surrogate lovers for each of their own objects of affection — both of which are teachers at their own school.

The plot is loaded with controversy, but the first episode lays the basic foundation of the plot with a good tonal balance, combining Manga-panel shots that evoke focus on certain elements of the frame. The music tends to hype the drama too much, but the expressiveness is generally engaging. The only gripe I have is that so much was covered in the first episode that the emotions being experienced by Hanabi feel distant. As much as I understand where she’s coming from, it feels more like a disengaged exposition of adolescent frustration — a sort of “justifying my point” — that fails to make a truly deep emotional connect with the viewer.

And that’s a bit hard to swallow given the topic is, from the get-go, very controversial to begin with. I was honestly half-way through the viewing thinking that the entire backstory could stand to be a whole show in itself. But regardless of my misgivings, the show has a very strong base with which it can work with, and I’m more than intrigued to find out where this sort of story can go. On a final note, take note that this show may require some viewer discretion. In keeping in line with themes on adolescent sexuality, there ARE some scenes with explicit sexual content. Regardless, I can work with that. We’re all adults here, and the direction seems to respect that fact by not getting all giddy with the use of sexual themes. Initial Rating: 7.5/10

And that’s that! Whew! Winter 2017 is looking to be an odd season, but who knows? Lots of comedy, lots of fantasy, and a random character drama that is looking good on my book. I’ll be doing a final rundown of shows later this week before doing a weekly thoughts in review post, so look forward to it! So what do you guys think of the season thus far? Do let me know in the comments below! Until next time, Ciao!