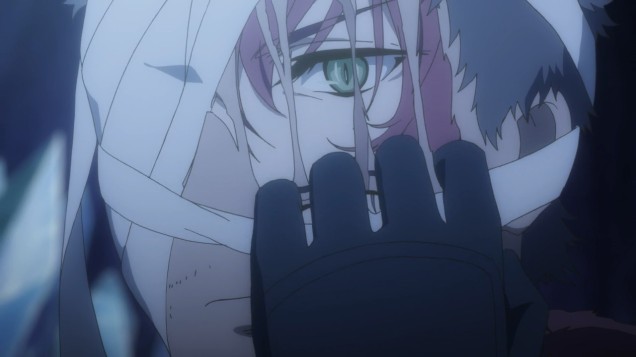 This week, I facepalmed so hard, I became a woman. 🙂

Kidding aside, this was a pretty weird week for me. I made a mistake in a couple of my experiments, so I have to do them again next week. All the more reason why I’m starting to panic because I need to produce results for the writing of my dissertation. Damn, is this stressful.

So I’m giving an advanced warning that I might suddenly disappear during the end of this season, and maybe up to the first few weeks of summer. That’s just the way it is, I guess. And as much as I’d hate to not post any content, I think I’ll skip writing weekly reviews when that happens in favor of shorter articles, like the Lost in Translation series or some other editorials that I’ve been promising since God knows when.

Anyway, this week in Side A felt pretty much unchanged in terms of my impressions towards the series contained. It’s come to the point that I don’t really care anymore, so let’s just hop on to it and talk about just what happened this week.

I’m quite pleased now that My Hero Academia is focusing again on its character development rather than the actual tournament arc. Perhaps that’s what made me feel like the first half of this second cour felt distracted in what was essentially Shônen battler staples. In episode 7 (or 20, if you include the first cour) at least, we get more insight into what it means to pursue a dream that is often considered to be unattainable, at least by society’s standards. Shinsô is an example of a victim of external pressures — the sort of societal judgement that places people within a range of expectations. And although the series had portrayed him from a somewhat antagonistic standpoint, this episode at least makes it clear that there’s a shared passion that drives him to become a hero, which is basically to overthrow the established views of herosim by becoming a hero, himself. And Deku resonates with this resolve because he, too, is effectively trying to overthrow the establishment, which is expressed in his need to hide the truth of his powers from everyone else. To Deku at least, it feels almost like he’s cheating — but his psychedelic visions of past wielders of All for One serve as proof of his own worthiness.

Which is an interesting point to consider given our own lived situations. In many cases, we might often question our own worthiness for any given endeavor — whether it be due in part to the support of others or truly of the fruits of our own labor — but whatever the reason, we bear the responsibility of whatever happens. Which is precisely the sort of dilemma Todoroki faces at the end of this episode. In pursuing his own dream, its worth is put to question when he inadvertently hurts the same people that fight alongside him. It’s a bitter pill of sorts that Todoroki has to swallow, and is something that Deku points out quite poignantly. Man, this is the sort of stuff that makes My Hero Academia so great. I hope it continues to go down this sort of path for the remainder of its run.

Questions of sensibility aside, Attack on Titan was reasonably sound this week, what with good animation and intense fighting sequences. Having those squared off pretty much did it for what was essentially a showdown between Eren and Reiner. That being said, I don’t have any real complaints; this episode is as straightforward as they come. Although if I have to comment on something, it’s probably the flashback sequences. I’ve never really connected with Eren as a character due to his brazen attitude (a beef I’ve had with all of Araki’s depictions of a series protagonist), which is probably why I found his sudden return to composure admixed with a ravenous urge for revenge just not to my liking. I think it’s just that I don’t like Eren as a character, which is okay insofar as it means that his character archetype is being consistent. But yeah, other than that, this show is chugging along just fine.

I guess you could say that I ranked Granblue Fantasy a bit higher this week because it didn’t really do anything wrong other than be predictably ho-hum, whilst the other shows this week kinda fell flat on their faces. Similar to Attack on Titan, there isn’t much for me to say about this episode other than the team finally recruits Io, which was expected. It’s obvious that the archduke was being possessed by something, and it was clear that defeating the colossus meant getting another sky fragment, so all that’s left is to head on to the next location. I think I’m starting to get used to this shows general inability to surprise me. Not that all shows are supposed to surprise anyone. It’s just that as an outsider to this fantasy world, I see nothing in it that tugs at my heartstrings or fantasy adventure-seeking cravings. Not a lick.

As a slice-of-life show, Alice & Zôroku is actually good. Unfortunately, this show presented itself as a sci-fi as well, which meant that it felt very strange watching this episode and expecting some sort of plot-forwarding device to appear at some point. But unfortunately, none of that happened, which makes me wonder if this show has any plans of continuing its underlying plot threads towards anything meaningful from a narrative perspective. And this is where I think slice-of-life/sci-fi mashups need to try to make a compromise, since the former is more situationally directed whilst the latter is more plot-oriented. Remove one from the other and you get a lopsided production, which is what’s happening now to Alice & Zôroku.

But after thinking about it, I guess there have been slice-of-life/sci-fi mashups that are closer to home than I would have initially thought. Kobayashi’s Dragon Maid, for example, was a very recent slice-of-life comedy that had some trappings of sci-fi. And I think the term here is trappings, because it only utilizes themes of sci-fi to forward character development. Alice & Zôroku on the other hand introduces itself with very strong arguments for both genres, which in turn ends up with one or the other vying for the viewers attention. So as much as this slice-of-life segment was good at establishing Sana’s integration into a family and the human struggles associated with it (i.e. not using powers to circumvent mundane activities), it didn’t add to the sci-fi half of the show, which is to say that we know nothing of what the other organization is plotting at this point, or what has happened to Sana’s friends who were left behind. In short, they’ve been put on hold — that story is irrelevant to the current focus, which is a lazy day with Sana.

And again, this is more an issue of confused storytelling than it is a question as to the worth of the entire production. The show definitely has values worth mentioning; I’m just concerned whether or not mashing these two concepts has yielding anything coherent at this point. It’s a tough pickle to deal with this show in its current format, and something I’m pretty much expecting to continue throughout the remainder of its Spring 2017 run. 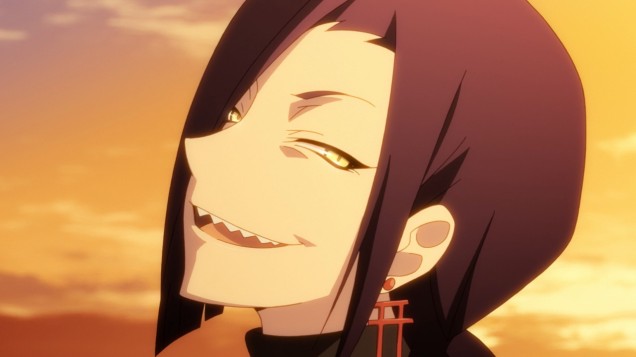 Things are starting to get tedious in Re:CREATORS, what with more dialogue, exposition, and a full-blown slugfest to top things off. I’ve become somewhat disinterested in how all of this adds up since all of this is starting to sound like a pretext for hyper-powered anime characters to duke it out in a real-world setting. And I wouldn’t be this harsh on the series if not for the fact that it’s being produced by studio TROYCA under the helm of Ei Aoki. But hey, Aldnoah.Zero was written by Gen Urobochi, so I guess I should stop comparing the two in terms of narrative execution, since the visual direction looks up to snuff as far as something this studio’s pedigree is expected to produce. But damn, this whole thing is starting to become ridiculous. It’s come to the point that I’m starting to get impatient and just want them to reveal what the hell that Military Girl’s master plan is already.

For some reason, I find Megumi unbearable as a character. She’s heavily concerned with her outward appearance, throws out an air of superiority, and basically tries to sound experienced when in fact she’s just putting up airs. Which is why I found it somewhat satisfying (and I feel guilty for it, somewhat) to see her taken down a notch through Sagiri’s blatant sexual harassment. Discount the fact that these are middle schoolers we’re talking about and the comedy is actually funny. But alas, this is the type of show we’re dealing with. So yeah, go figure.

Strangely enough, there wasn’t anything wrong with this episode in terms of action and plot flow. The only problem is that I couldn’t immerse myself into the drama. To be frank, I really don’t care. Or at least I don’t see how this works in the context of the greater lore of this series. So far, the only means by which this story proves its continuity with the original franchise is through incidental scenes where we see the exact same situations from the first season, only viewed from a different perspective. The only moment this show has ever showed some inkling of consequence is in explaining how a high-level minotaur made its way to a lower level and attack Bell. Other than that, all events are divorced of the main franchise, and in the absence of any character development that would invest me in this new roster of characters, means that everything that happens to them feels inconsequential. In short, they haven’t won me over.

And that means I end up sitting here wondering how this fits into the main canon of the story, if it’s ever supposed to. It’s nice that they’re starting to develop Ais’ back story, but why do it when you’re nearly mid-way through the season? Why keep on repeating these silly Lefiyz X Ais fantasies when it does little to add to the emotional conflict that is plaguing Ais? What is this show ACTUALLY trying to achieve with its characters? It’s a conflict between fan servicing and actual story telling. It’s just… terrible!

I’m giving it one more episode. Just one more. If it can prove to me it has even the slightest bit of worth as an independent series, then fine. Otherwise, man oh man, this is such a struggle to get through.

And there you have it! Any thoughts on this week’s offerings? Do feel free to share your comments below. Until next time, Ciao!