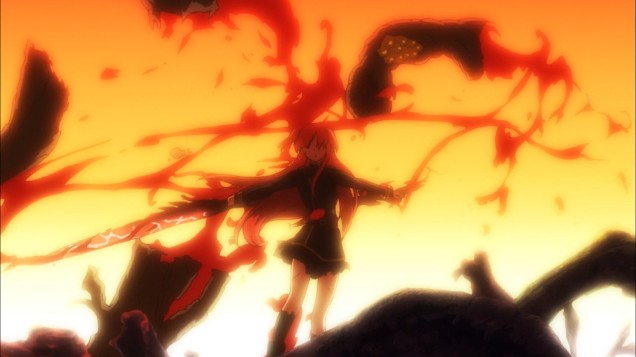 Whew, that took a little longer than expected. And it didn’t help much, either, that Splatoon 2 came out last Friday, so I spent most of the weekend getting my ass served to me. I never played the first Splatoon, but damn is this game stubbornly addicting.

But yeah, I’ve had to “battle” my way through the remnants of Spring 2017, and finally I’ve been able to make it through in once piece. I’m not sure if it’s because of the gap in viewing that my take on these shows has been tamed, somewhat, but my overall impression of Spring 2017 is just not very good. I mean, sure I enjoyed most of them, but in the greater scheme of things, I think many of these titles are titles I’m gonna forget. And another reason for this is because I’ve actually been rewatching several of my favorite shows with my room mates during my hiatus (yes, I cheated), which I’m planning on sharing in a separate editorial post.

So if you’re not already head-deep in Summer 2017, come join me as we run down just what kind of beast Spring 2017 was in this late end season run down. LET’S DO THIS!! END_OF_DOCUMENT_TOKEN_TO_BE_REPLACED 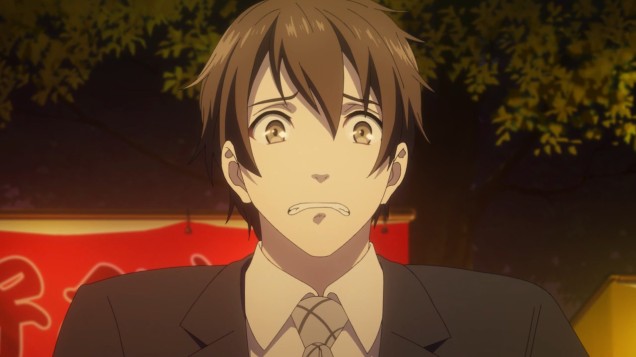 I feel just as helpless as Hanamori at this point.

Yesterday had me working in the lab for half a day, and today I just spent a good 12 hours on one experiment, only for much of it to be mostly meh. Why does RNA have to be such a finicky molecule?

But yeah, who cares about what happened to me these past few days, all that matters is the animu. Yeah, I know — but at least I can sleep to the fact that the shows this week in Side B were pretty okay in their own right. It’s not enough to make me go “wow” or anything, but it’s enough to make the frown of a bad day do a little uppity-up and make me forget about the worries that bog me down.

So let’s do this, week 8 of the Side B shows, coming right up! END_OF_DOCUMENT_TOKEN_TO_BE_REPLACED 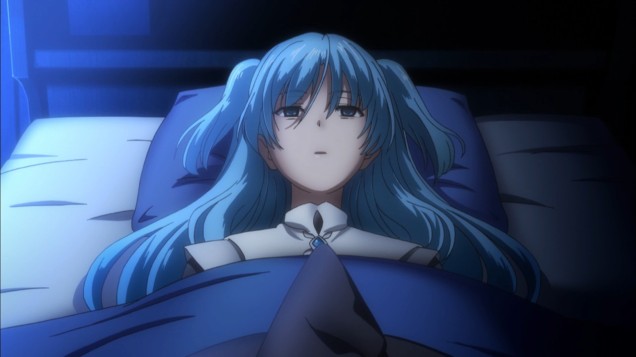 I’m such an idiot.

I made another mistake today in my experiment. So I have to move it… AGAIN. This is frustrating. I wish that someone could just hit that fast-forward button and skip to the part where I get my diploma and a trip back home. And then I spend a year preparing for my PhD placement in Japan.

Yes, I want to study in Japan. I DO need the PhD, but I’ve always dreamed of studying in Japan. So I guess that’s the only thing pushing me forward at this point in time… but till then, it’s this shit I have to deal with. So yeah, someone find that fast-forward button, quick.

Speaking of fast-forward, my viewing this week was rudely sped up no thanks to two shows taking a hiatus to post recap episodes, instead. And it didn’t help much that the two shows in question were actually my favorites among this bunch. Thanks, Japan.

But surprisingly, even without those two powerhouses (Tsuki ga Kirei and KADO, if you were wondering) the shows actually did pretty well this week!

Shocking? Yeah, that makes two of us. So let’s move along and run down just what happened this week:
END_OF_DOCUMENT_TOKEN_TO_BE_REPLACED 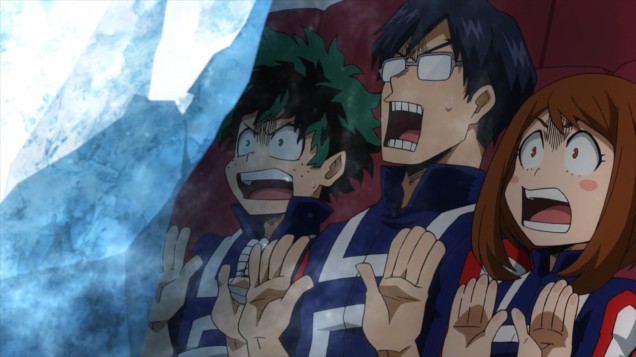 Mid-seasons are kinda scary in the sense that, yes, there’s a lot to write about, but at the same time there’s that looming realization that (crap) 6 weeks have already passed.

And that makes me wonder what the heck I’ve been doing with my life. Maybe it’s because I’m currently crunching experiments to write my dissertation, and that’s got me thinking why it feels like I’ve hardly gotten anything done these past five months.

Time is a fickle mistress.

Either way, the Spring 2017 season has been a similarly fickle affair, what with a strange line-up of titles that just basically feels weird in many respects. A big chunk of them are continuing cours, whilst others are long-standing franchises that are gracing the anime format… but regardless of the source, each had their own sort of spat with me, either due to their tendency to get lost in their respective genre tropes, or their general eclecticism. Whatever the case, this is the season we’re dealing with — a strange beast that is neither dull nor terrible. It’s something in-between.

So yeah, same format — general overview with a tl;dr in bold at the end; shows are ranked in descending order. So with that aside, let’s hop right to it! END_OF_DOCUMENT_TOKEN_TO_BE_REPLACED 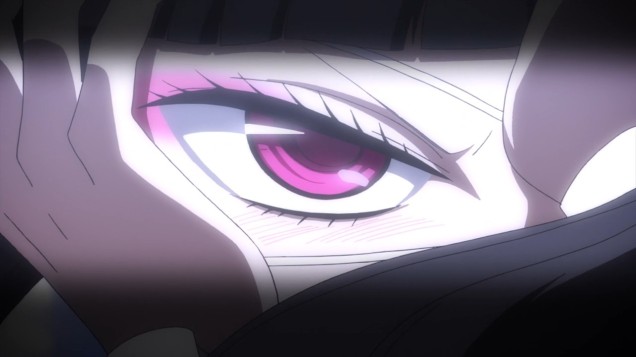 Give me back my dumplings, and nobody gets hurt.

No seriously, someone jacked my dumplings in the freezer over the weekend. I was planning on saving those for dinner tonight, so I ended up having some instant noodles, instead. Sheesh, what a douche.

Anyway, food grudges aside, the last two weeks in Side B was a bit weird. I know it’s been quite obvious that I’m a bit biased towards this side because the shows contained in it are generally much better than Side A, but the shows that were doing pretty well started to veer off track a little, while the not-so-good ones actually faired a bit better. All-in-all, you could say that each of the shows evened things out, making for a generally satisfying two weeks. Not bad — I was just about to knock one of the shows off of this list, but it actually proved itself worthy of a little more attention.

So yeah, let’s not spoil things and just run straight to it! END_OF_DOCUMENT_TOKEN_TO_BE_REPLACED 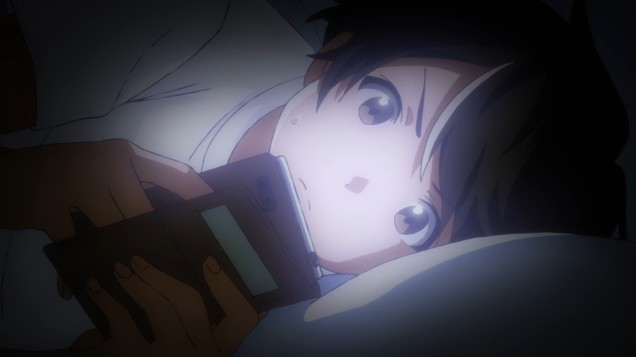 Okay, this post came out a bit later than expected because I spent the whole day yesterday (and half of today) playing Mariokart 8 Deluxe on the Nintendo Switch. This might sound weird, but the last time I’ve ever played MarioKart was waaaaaay back during the SNES era… So yeah, let’s just say that I realized A LOT has happened to the franchise since then.

But anyway, we’re supposed to be talking about anime. This week is a bit strange because Little Witch Academia got delayed for some reason, so there are just six shows to talk about. Things are pretty much “okay” you can say. So far, Spring 2017 has been a disappointment — I’m not gonna lie — but yeah, so enough chit chat: let’s RUN ‘EM DOWN! END_OF_DOCUMENT_TOKEN_TO_BE_REPLACED

Wew. I was gone for longer than I thought.

So I was planning on spending a peaceful spring break with nothing but a book and my animu, and along comes one of my publishers asking for a last-minute “save” on a manuscript for translation. There goes my plans for some “me-time” during the break. Although I was able to avoid any unnecessary distractions since my roommate technically “loaned” my Switch from me. He’s busy trying to pull out the Master Sword in the Lost Woods, even though he only has five hearts. Silly sod.

And that brings us to week 4, but I guess it hasn’t been that long since my Side B releases under week 3 have aired, so I’m gonna wing it. Nothin’ gon’ stop this ‘ere train, ya hear! *shakes fist violently*

So let’s do this! END_OF_DOCUMENT_TOKEN_TO_BE_REPLACED 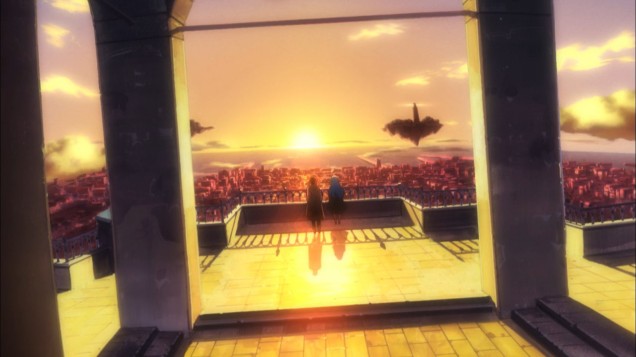 Man, the shows are just so weird this season, what with their odd airing schedules.

So this part of the previews is obviously late, and I’m struggling to figure out how I’m going to do my weekly “thoughts”. Given the number of shows on my list, I’m afraid I’m going to have to cut a couple off. What makes it even more tricky is that more than half of the shows I’m watching air on Saturday in Japan… I mean, really? Sheesh.

Anyway, say hello to four more titles up for preview. These prodigal misfits include a boy and a cat, a boy and several girls, a girl and several more girls, and a girl and two boys. Yeah, not much help as far as descriptors go, so let’s DO THIS! END_OF_DOCUMENT_TOKEN_TO_BE_REPLACED