I’ve been writing casual articles for Crunchyroll for a while now, but ever since I started this blog, I’ve come to realize how taxing this kind of work is. I have to watch shows I normally wouldn’t watch, but even then I probably only watched a fraction of what other seasoned writers had to go through. Plus the fact that for whatever shows I did watch, I had to go through them with a sharper eye for detail to actually piece together the thoughts I’d use in my articles. 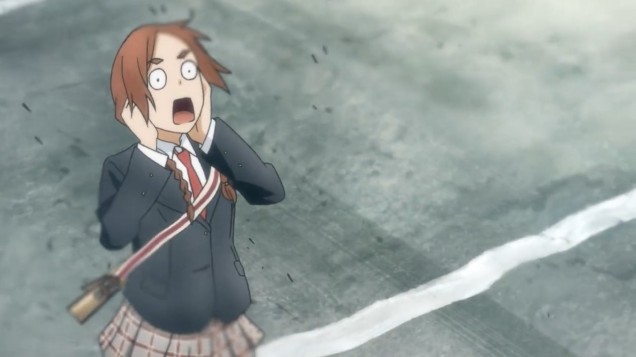 It’s been a very humbling experience to be honest. Writers may look like they’re simply watching anime and spewing out criticisms and whatnot, but it’s actually a very carefully calculated process of discerning the media we consume. To all the writers out there, I salute you.

Of course, it didn’t help that this season was just full of really great shows — shows that have a lot of potential, or have a strong premise — and for once, I went back on my promise to actually cut down on shows to watch. But that’s precisely what this post is for; this is the tl;dr of the past four entries. Though it’s only a smattering of what other writers probably had to dig through, I hope this helps in trimming down your own list of things to watch. I ranked them based on overall (personal) impression, not just the initial scores I gave in previous posts. Think of it as a sort of prospective list of hopefuls that is bound to change throughout the course of the season.

Anyway, enough talk. Let’s do this!

We resonate with superhero stories not simply because we admire the feats of strength that these super humans possess, but also because we see a part of ourselves in the ideologies that they espouse. My Hero Academia certainly doesn’t reinvent the wheel when it comes to the Shounen Superhero genre, but then again it doesn’t really have to. This show plays on the strengths of classic super human stories that we looked up to as kids and presents it in a refreshingly sharp, modern adaptation that is definitely worth the watch. 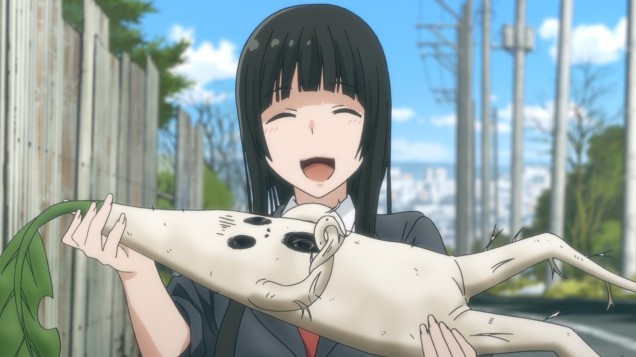 The slice-of-life genre has definitely seen better days, but just when we thought they were about to throw in the towel, along comes this gem of a show. Flying Witch is everything about slice-of-life and comedy done right — from its near-rejuvinating, pastoral-like feel all the way down to its brilliant aesthetics and strong musical score. This is healing anime done right — the best feel good show I’ve seen in years.

#3 Kabaneri of the Iron Fortress

Zombies. Steampunk. A girl in a Kimono. Basically all of the stuff that director Tetsuro Araki loves other than more steampunk. This show is essentially Attack on Titan Araki-style. It’s way up here in the list because of its remarkable production notes for a first episode, which rivals some feature length films. Despite glaring limitations in Araki’s abilities at conveying characters beyond the brazenly abrasive or cold-blooded, I can’t help but feel that many people — even those that don’t usually watch anime — are going to enjoy this show. 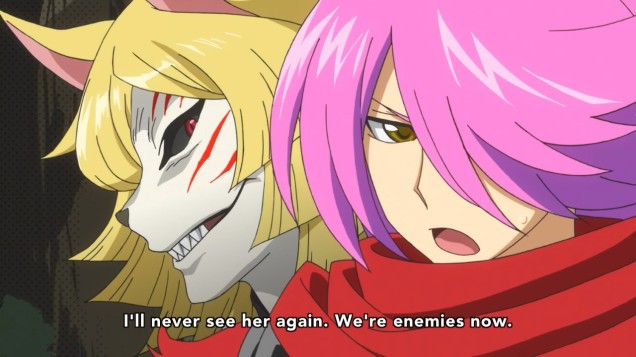 Once again, Concrete Revolutio proves that it is still the smart, riveting, and compelling show that it was in its initial run. Despite its fantastical use of wild color palettes and bizarre character types like androids, aliens, and even witches, the world of Concrete Revolutio is actually quite similar to ours. The clashing political views on justice, and even the basic concept of simply doing what is right — all of it is challenged and tested though the trials of its many characters. This show proves that even anime can focus on complex issues like this and still come out on top. 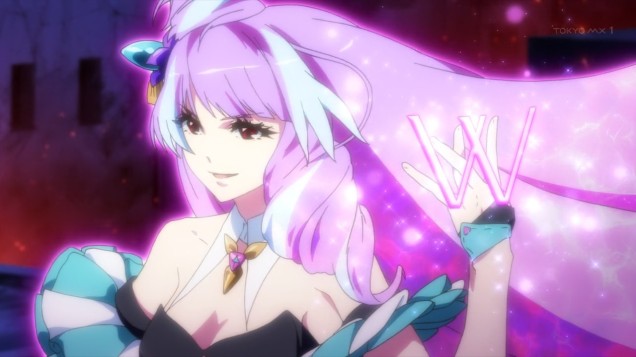 Tickle me pink. If this is what it feels like to watch Macross, then I’ve been missing a lot. Granted it has a crazy premise, the execution was so cool that I couldn’t care less. Macross Delta possesses a wild imagination that combines nostalgia with modern touches in a refreshingly upbeat production. I honestly don’t know where this is going — and that is a good thing! Even if it’s just for the aesthetics alone, this is a very strong start for a classic title. 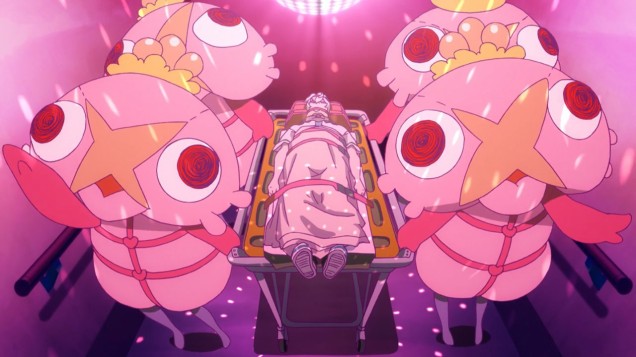 Kiznaiver is an odd show of sorts, but proves its worth in its arresting visuals and eccentric visual flourishes. Its writer, Mari Okada, has been known to be a little inconsistent at conveying an intelligible narrative without having to estrange viewers in the process. Indeed, Kiznaiver isn’t exempt from this bad habit of hers, but this show is basically intrigue for now, leaving room for much speculation and anticipation. Don’t cross it out just yet. 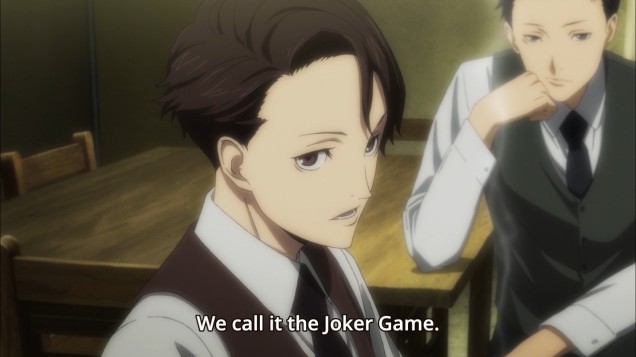 It’s an interesting set up, but there are many ways for a show about pre-world war II Japanese Imperial spies to collapse. The first episode is a little slow, but most shows in this genre are like that, anyway. The dialogue and writing has its own quirks to it, but it’s still too early to speculate. This show can go either way, really, but it’s definitely something to keep in the radar.

Not that many people have gotten to watching this show for lack of official translations, but I watched the RAW and it has a pretty basic plot to it. Futuristic world with a female protagonist gets saved by naked samurai-like guy BOOM mechas attack and mechas save the day. It has enough sci-fi drive and hook to reel in an avid mecha watcher, but the mech designs are questionable. It doesn’t help either that the object physics are a bit clunkety, too. This is P.A. Works’ 15th anniversary special, so I dare say they’re going to put every effort into this. Unfortunately, I feel that this show will be shadowed by the more popular Macros Delta, which makes you wonder if they really are that confident in its execution. 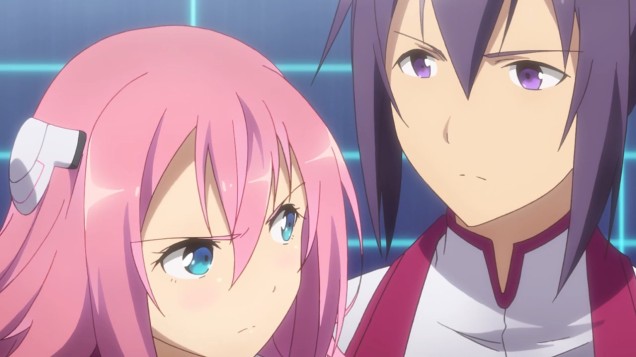 Unchanged battle show with harem elements and a ghostly CG Claudia at the end.

#10 RE: Life in a Different World from Zero 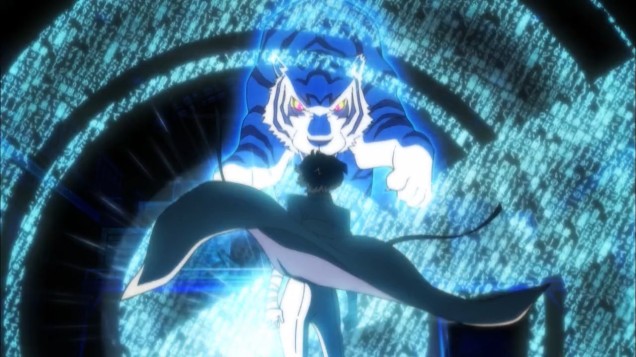 A weird mix of super-power-super-sleuthing with noisy, visually jarring comedy that isn’t even that funny. 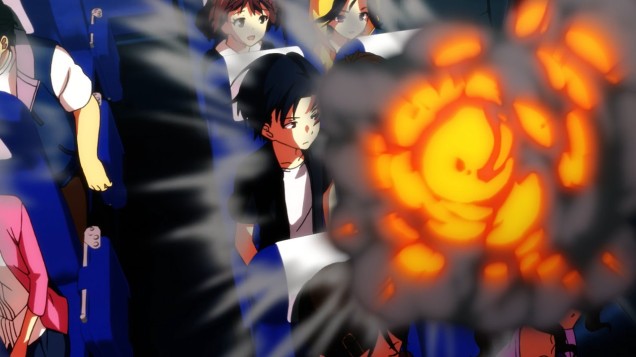 A show bludgeoned by the incomprehensible mind of Mari Okada, directed by a seasoned director Mizushima, which makes for one of the most confusing shows of the year.

A show made specifically for people who like cute girls and motorbikes. 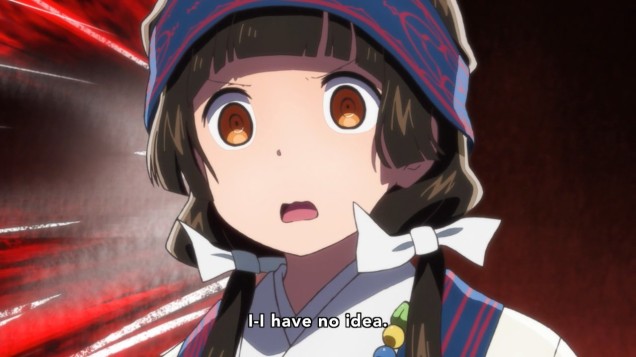 I would have put this a little higher up if I didn’t watch the second episode. This show is simply not funny and utilizes sexual harassment as its comedic fodder. It is offensively bad.

And there you have it! I’m still waiting on my assignment from Crunchyroll, but I’ll be taking up at least two shows to review on a weekly basis. If things go well, I’m planning on doing my first review essay of a catalogue title. Until then, happy watching!