It’s just one of those days…

And I don’t mean it in the sense that I’m tired. I just feel kinda “floaty” every since I obtained my post-graduate degree from the UK; so having finally returned to the hospital for my clinical rounds, I find myself staring off into space wondering what it is I should be doing.

And then I think to myself: “I ought to start writing part two of the Fall 2017 previews.”

So yeah, here we go!

The iDOLM@STER Side M 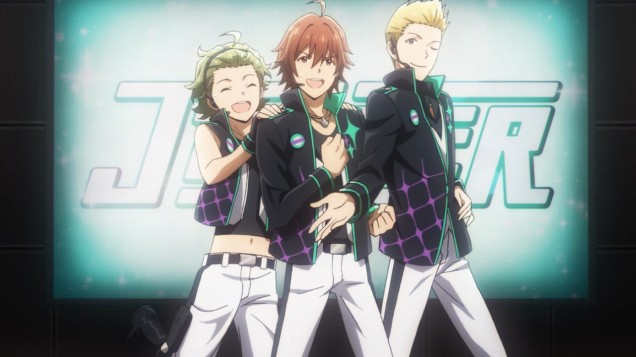 I’ll be honest with you guys: The iDOLM@STER series is one of my guilty pleasures. And this is coming from a man who is well into his 30’s. Granted this franchise is enjoyable not because it’s one of many idol shows that tend to pander to a darling audience that fawns over the moe-fied appeal of adolescent girls dancing provocatively to the tune of perky, candy-pop tunes. Not at all. In fact the charm of The iDOLM@STER series, at least in my (humble) opinion, has been in its ability to create a (large) roster of infinitely charming characters and their earnest efforts to become the top idols in an industry that is already saturated with themes that highlight the objectified nature of plastic stardom. And if references to Millennium Idol start to crop up at this point, then I don’t blame you.

But context is key — and that’s the reason why shows like Gi(a)rlish Number appeal to a greater demographic in that it tries to revitalize, rather than destabilize, the creative nature of optimism amidst a seemingly irredeemable idol industry. True enough, this was the sort of positive message that was embodied by the original iDOLM@STER, and to a certain extent was explored a bit more, albeit less elegantly, with iDOLM@STER Cinderella Girls. So here I am looking at the male version of the franchise dubbed Side M, wondering if the “fangirl” in me could actually stomach watching the shirobako-esque antics of a J-pop boyband trio.

Let’s just say that I was thoroughly impressed. The whole production still lacks the polish ushered in by the original series, but overall the prologue episode did well to embody what has essentially become the staple “feel” of the franchise, as a whole. The charm of the three boys of “Jupiter” is easily felt early on, and the means by which Side M presented as a concurrent set of events along side the events from the former make for an initial episode that doesn’t feel too contrived. This is the sort of spin-off theatrics that shows like Sword Oratoria could learn a thing or two from. But when all is said and done, this is a cult animation, first and foremost. If you like The iDOLM@STER and worry that your friends will give you the stink eye for watching boys dance on screen, don’t worry. Wear your masculinity with pride and soak it all in — you won’t regret it. Initial rating: 8/10 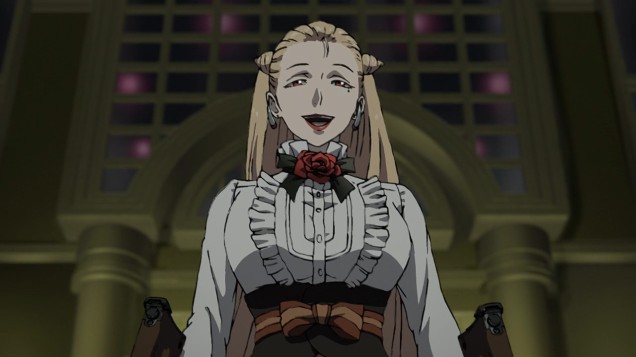 I’m personally not a fan of graphic violence just for the sake of it, which is the same sort of suit that Jûni Taisen fits in as a battle royal show depicting the conflict between super humans representing the animals of the zodiac. Despite that, I was intrigued to find out that this was a work by NishiOishiN (writer/author Monogatari series, Katanagatari, Medaka Box), who if I haven’t made clear, is one of my favorite writers. And so whenever NishiOishiN decides to take a stab at something outside of his usual workhouse, I tend to simply embrace it regardless of the format of which it’s presented in. He did it before when he attempted the shonen battler mayhem that was Medaka Box, so I guess nothing’s stopping him from taking on the action-suspense-battle-royal hat this time around.

But if there’s anything quintessentially NishiOishiN about this premiere episode, it’s that the writing and direction speaks volumes on the author’s acute grasp of timing and tonality essential for the genre to have a hook. And indeed, Jûni Taisen has an admittedly strong hook, what with a decidedly focused character introspection for Boar, only to be abruptly ended with an inconsiderate plot twist. It’s a strange mess of a narrative that seems appropriate for the trashy violence inherent to the genre, and NishiOishiN nails it with flying colors. Combined with the excellent writing is an interesting choice of animation using sketchy line work (which is reportedly thanks to Yoshihiro Sekiya, director of photography for works like Occultic;Nine and Granblue Fantasy) and flavorful motion blur effects during high-octane sequences. Overall, this is a very impressive show that presents an otherwise pointless exercise of visceral carnage with undeniable flare. Initial rating: 8/10

I’m honestly not one to make any comment regarding the appropriateness of certain character designs to the overall tone of a show, but it’s an unavoidable discussion when shows like Made in Abyss beg the question as to why any of it should matter in the first place. Of course, I’m talking about the use of cute characters in decidedly dystopian setups. Indeed, I’m one to think that the use of moe in what could be considered a “graphically mature” setting isn’t something novel as far as the kind of visual vocabulary anime in general is capable of achieving, but Shojô Shûmatsu Ryokô definitely gets points in the “thematic dissonance” category in how it utilizes somewhat under-drawn, moe-esque characters in what is essentially a post-apocalyptic world ravaged by war.

To some extent, this makes the whole exercise of Shojô Shûmatsu Ryokô one of a reflective discourse against the (obvious) ridiculousness of war, and how hindsight always seems to be 20/20. But for both of our heroines, there is an obliviousness that makes their otherwise innocent questions regarding the state of their war-torn world somewhat loaded. All of this is portrayed through the use of a slice-of-life aesthetic, accompanied with a wonderful soundtrack that oozes personality. Indeed, this makes for a rather atmospheric sort of setup that works heavily in favor for the sort of dissonance that this show is trying to express; however, it does feel a bit odd when moments of CG animation (specifically when the girls ride their tank/buggy) seemingly turn the already simple character models into expressionless dolls.

But this is a minor quibble compared to the sudden change in tone in the first episode when Yû suddenly threatens Chito with her rifle. I’m not so sure such a sudden shift in tone was warranted — the scene lacking a sort of sincerity consistent with what came before it — if only to build dramatic tension where it was (apparently) needed. So other than these compositional hiccups, I think this is still a very promising title. Initial rating: 7.5/10

Children of the Whales

As a show that is scheduled to air on Netflix next year, you probably won’t be watching Children of the Whales through “legitimate” channels. Nevertheless, I was curious to see what was up given the stunning visuals presented in the opening trailer. Plus, that fantasy adventure bone in me was certainly set aflutter after the masterpiece that was Made in Abyss — so was this show able to fulfill that lingering “wonderlust” left inside of me from the season that was?

To be honest, I’m not really sure.

Children of the Whales takes place in a world where people live on large beasts that stride oceans made of sand, and the story focuses on a certain Chakuro who serves as a local record keeper. In this world, certain people have mystical powers called Thymia, which gives them telekinetic powers in exchange for a shorter life span. In typical boy-meets-girl fashion, Chakuro finds another human on a floating island during an excursion, which opens the doors to an adventure outside the closed realm of their own floating giant.

The premise sounds quite “fantastic”, if it weren’t for the excessive reliance on expository care of our very talkative protagonist. Most of the first half of this premier episode is spent on narrative exposition, explaining the cultural practices, societal setup, and religious practices of the people living on the whale. It’s a tiresome practice that makes the writing feel lazy, and the exposition rushed. I understand that there’s a lot to cover before getting to the exciting part (which happens in the latter half of the episode), but even then the sequence of events seems both haphazard and contrived, clumsy even. And this feels jarring when the story is put to screen with amazing visual direction and art care of Kyôhei Ishiguro (director, Your Lie in April).

So yeah, this is a weird specimen that is visually amazing, but somewhat empty and lacking in substance. I’d like to see if this will at the very least develop more consistently, now that the bulk of the exposition has been taken care of. But as far as pilot episodes are concerned, this wasn’t a very good start. Initial rating: 7/10

Whew, feels great to get thoughts out to screen this quickly (and consistently). Any shows I discussed in this entry that you’re watching, too? Do share your thoughts in the comments below; I’d love to hear what you think, as well. So until next time, Ciao!