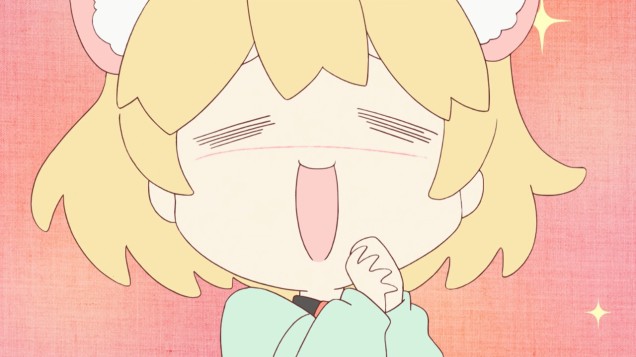 But it’s also hot as hell where I am now. I can’t believe I’m saying this, but I actually MISS the droll cold of a British winter. Guess you don’t really know what something means to you until it’s gone.

So yeah, we’re a week-and-a-half into Fall 2017 and I’ve only just sorta burned through a couple shows to preview for you all. I almost kinda got used to cherry picking certain titles to the point I forgot that I’m supposed to make myself suffer a bit for the sake of “broadening my horizons”… and what this means was testing my patience with more shônen battlers or whatever was generally dismissed my the majority as banal if not to see, for myself, what’s up.

Surprisingly, though, the shows have been quite impressive — as if no shows haven’t been impressive during their first “honeymoon” episodes. The art in general has been shockingly pleasing, but there are a couple odd balls mixed into the bunch. So sit back as I run down some of the shows I’ve been picking up this season. Hopefully, one or two of these picks might be to your liking, as well. Let’s do this! 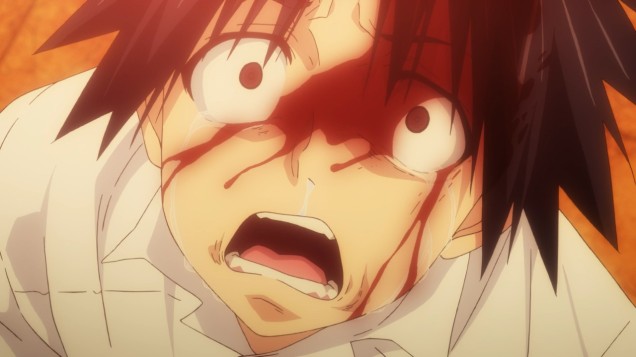 Ken Akamatsu was once one of those household names in the anime scene back in the early 2000’s with titles like Love Hina and Mahô Sensei Negima! Like an old dog doing what he does best, enter Akamatsu with yet another harem-centric title dubbed UQ Holder! Naming sense aside, the original manga wasn’t initially presented as a direct sequel to the distinguished Negima franchise, but this Fall 2017 anime iteration decided to make it very clear as early as the opening sequence that this show is, indeed, directly linked to the universe of the pint-sized teacher/gigolo. Which is partly why I found myself picking up this series out of curiosity, given I was once (young and) attracted to the works of Ken Akamatsu. And it might be odd to say that Akamatsu’s tricks feel somewhat outdated in terms of both the setup and premise as far as a shônen title is concerned. I couldn’t help but feel a certain pang of nostalgia in the not so good way, like how I felt seeing a (painful) revival of Kôsuke Fujishima’s iconic You’re Under Arrest back in the mid 2000’s. It’s not that it’s something great to see in an age of modern anime — rather, I wonder if anything like this is still needed or even relevant.

Concerns aside, however, and UQ Holder actually has the basic ingredients necessary for an engaging first episode. There’s the coming-of-age story of one Tôta as he awakens to vampiric powers bestowed upon him by Evangeline McDowell, a vampire turned teacher in the hicks under the pseudonym “Yukihime“. What starts off as an endearing depiction of idyllic country life and juvenile attempts to best a combat-worthy Yukihime quickly turns into a gory splash fest of blood and sinew. All this eventually culminates in the realization of Tôta’s inner strength and his new goal of heading towards the capital in hopes of reconnecting with the memories of his late father. Again, everything is functional enough to hook a watcher in, even without any deep knowledge of Mahô Sensei Negima!, but again there’s that nagging concern of the entire production feeling a little outdated. Initial Rating: 6/10

As a preamble, Food Wars! is the only anime that I’m actually up to speed with in terms of the manga, hence I’m a bit more biased with regard to the general direction of the animated version, as a whole. And what that means is that I’ve had my own reservations with regard to character development beyond the cookie-cutter tropes of sports shônen banter, which has pretty much relegated this show to the wayside in terms of depth and overall engagement. It’s one of the reasons why I don’t blame people for finding Food Wars! more interesting when the attention is redirected towards the cooking, rather than the actual character dynamics (if they exist at all).

But there are many reasons why I’m somewhat excited for the third installment of what is essentially a show about kids stripping each other through the power of cooking. One of those reasons is that the first episode focused on quickly building up the events leading up to the Autumn Festival, which in my opinion was one of the most interesting arcs of the entire manga, thus far. I’m not exactly excited for what happens after that (won’t spoil it), but what is lost in sensibility is gained in interesting character dynamics — in particular, the addition of some depth to our resident tsundere, Erina. So here’s me hoping that we actually get to the whole meat of the series in this third season run; I guess third time’s the charm. Initial rating: 8/10

URAHARA! was one of those shows that I had no intention of watching, but after seeing the artwork, was drawn to it out of sheer curiosity. And indeed, there was much reason to be curious in what was essentially a Crunchyroll-backed production, featuring line art reminiscent of, at least as far as I could tell, Masaaki Yuasa (director Ping Pong, Tatami Galaxy) mixed with the free-flowing compositional style of Akiyuki Shinbo (director Monogatari series, March comes in like a Lion). But after only a few minutes into the show, my expectations were quickly dashed as I pretty much wish I never made the comparison to such esteemed directors in the first place.

I mean, the idea itself sounds innocent enough — a story about three clothes designers turned magical girl world-savers after an unknown, alien menace seeks to rob the world of its cultural landmarks. The amorphous nature of the visuals combined with the dream-like logic of the scenario initially carries the concept quite well; but it’s the poorly constructed characters and storyboard that causes the whole production to seemingly fall apart. Not only do the girls seemingly not care about what’s going on around them, their interactions feel contrived, if not intentionally irrelevant to the events that unfold around them. The use of multi-panel eye grabs complicates the action on screen, and the characters seemingly float between grounded space and a textured background, making the production feel less like an animation and more like a moving image gallery. It’s a weird specimen that even fails to land on an appropriate ending note; in fact, this first episode just manages to end at some point. It’s a bizarre mess of a production, which wouldn’t have been so bad if it weren’t an internationally backed production with Crunchyroll. It’d be lovely to see more such collaborations like this in the future, but I feel like this is but one hiccup in what could be more East-West collaborations in the future. Let’s hope this won’t be a nail in the coffin for that prospect. Initial rating: 4/10

I’m trying to recall why I placed this show in my short list, but boy am I glad I did. Just Because! depicts the story of one Sôma who finds himself back in Tokyo after having moved out for three years due to his Father’s work. He eventually finds himself re-uniting with middle school friends, and in doing so re-visits some scars that seemingly have yet to heal.

The entire production is excellent, having both a sharp sense of writing and a wonderfully artistic visual expressiveness to its characters. There’s a lot of attention to detail in terms of character idiosyncrasies, and despite a paucity of spoken dialogue, the character’s presence can be deeply felt — and this is in spite of the fact that we’re introduced to a whole slew of them as early as the first few minutes of the show. I’m not entirely sure if this whole production will proceed towards a more romantic drama route, but I’m pretty much sold with this first episode alone. If the directional sense of this show is maintained throughout the season, I wouldn’t be surprised to see this show take the spot as best show — really, no kidding. Initial rating: 9.5/10

Wee, four down — seven to go. Anyway, I hope to get the previews out in a more timely fashion, in time for the weekly reviews. Any of the shows discussed up here shows you’ve picked up, as well? Do share your thoughts in the comments section below. Until next time, ciao!