So yeah, same jazz as always, shows are ranked from bottom to top with a final rating at the end. Do share your thoughts about any of the shows I watched in the comments below. And with that, let’s do this!

#8 – Welcome to the Ballroom

One of my nagging criticisms on this show is its use of deceptive framing to create dramatic tension, which was surprisingly whittle down considerably come the latter half of its Summer 2017 run. That said, there’s a bit to be desired from the characterization of its female cast, but that in itself doesn’t spoil the overall thrust of this show to catapult Tatara through the rounds of what is essentially a competitive sports show. If anything, I give it credit for showing some sensitivity come the second half, which gives me a little hope that this show will do much, much better during its continued run. Ongoing rating: 7/10 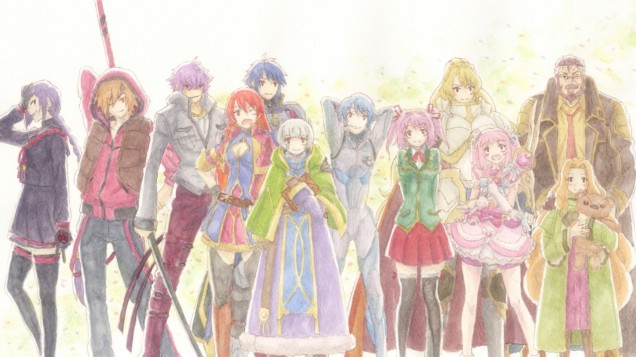 Re:CREATORS was pretty much a love-hate relationship for me, but I’ll be honest to say that the last few episodes really struck a tone with me as far as the creative process goes, and the means by which we collectively contribute to story of society, as a whole. It’s an interesting sort of introspection playing to the tune of large mechas and dudes wielding guns and swords, but hey — what’s an anime without a little violence, eh? The plot was a little messy, the exposition a bit excessive, but the overall message and feel of the show felt sincere and well-meant. I may be picky, and I may even be a bit bitchy when it comes to my criticism, but I know a good show when I see one — and I must say, this one wasn’t that bad at all. Final rating: 7.5/10 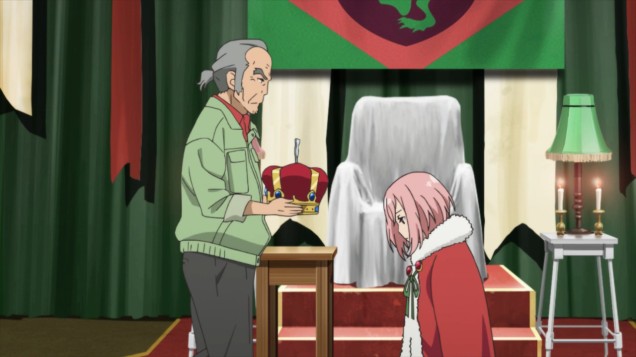 I really can’t hate on a show that is trying to address an on-going concern regarding urbanization and gentrification in the modern era, and how this hollows out our own connectedness to our roots as a culture and civilization. Why it takes an outsider to remind us of our own folly is, indeed, the charm of this show, and it goes without saying that Sakura Quest is undoubtedly full of it. There are minor hiccups in composition and overall flow, given that I feel like 25 episodes was a little excessive, but that in itself doesn’t water down fondness I’ve developed for these five heroines and their wacky pseudo-adventures to revive the little town of Manoyama. Indeed, it’s one of those shows that requires some amount of investment, but consider yourself rewarded if you make it through to the end: I know I did. Final rating: 8/10

It’s been a while since I found something silly enough to enjoy without any “regrats”, and indeed Magical Circle Guru Guru is one of those shows that you can just lean back on to give you a good chuckle. From its nostalgic sense of humor and animation to the incessant toilet/body humor, this is the kind of show that has enough attitude to draw upon its own shortcomings and simply run with it. It’s an (over)confidence that is perfect for the brand of comedy that it tries to embody, and is something that I think is missing in most comedic parody knock-offs as of late. Love it or hate it, I’m just glad that this show is here to stay for the remainder of Fall 2017 — sorry not sorry! On-going rating: 9/10

I give this show much, much credit for just blowing the first season out of the water. I’m just so impressed at how much this series has matured over its two-cour run, and how the complications of workplace dynamics are handled with enough sensitivity to not sour the overall joy of watching these girls just be as cute as they are. It’s a bubbly comedy/slice of life that is nuanced with legitimate workplace concerns; but all-in-all ends with a satisfying note of pursuing one’s passions with sincerity and conviction. And this is backed up with brilliant animation notes well up to par with what was established by its precedent — well and above a great sequel to an already great franchise! Final rating: 9/10

We all kinda saw it coming, but it’s really a matter of how the spectacle unfolds. But calling it a “spectacle” alone is doing the whole thing injustice. The sum of the parts leads to the grandiosity and scale of the whole, hence why this series is probably best appreciated in context of the entire monogatari series, and for that it’s definitely one of those hit or miss titles. But NisiOisiN tackles the inherent complexities of adolescent identity with such grace, I’m literally at a loss of words as to how moving this entire experience has been. There are some lose ends that need clearing up, still, but nevertheless, this has been a great end to an already great series. I’ll be looking forward to zoku owarimonogatari once they decide to turn it into an anime, definitely. Final rating: 9/10 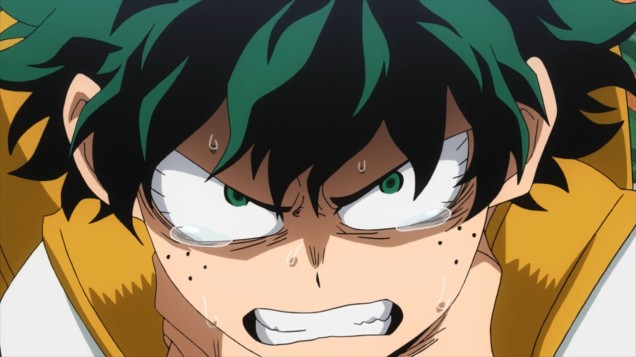 It goes without saying that MHA is an excellent show. I’m always blown away at how well this show utilizes its characters to build up on the idea of the heroic attitude, and in what ways each character shines in their own unique and awe-inspiring way. It’s the kind of production that promotes the uplifting attitude of positivity — something that is sorely lacking in the dystopian depictions of modern anime. I’m glad to see the pacing improve during its Summer 2017 run, but yeah… shame we have to wait for a third season. Patience. Final rating: 9.5/10

What a beautiful show. What a horribly beautiful show. Part of me was sort of expecting for a gruesome turn of events given the shows focus on the extreme harshness of the world of the Abyss, which is partially why I wasn’t all that surprised when they decided to employ the use of graphic violence against Riko and other child characters in the last few episodes of the show. I know I’ve been a bit outspoken with regard to violence against children, but its use in this show seemed consistent with the overall weight that the show had given to the direness of Riko and Reg’s mission to essentially overcome the darkness of the abyss. This is classic storytelling — a fantasy coming of age story — that has earned itself the gruesome fairytale license to violence, if not to move us to pity, to push us to understand just how frightful this abyss really is. And even though characters like Nanachi were introduced so late in this initial cour, her tale was charming as it was heartbreaking. I’m really, really impressed at what this show was able to achieve in such a short run, making it a fitting candidate for best show for Summer 2017! Final rating: 9.5/10

Whew, I feel a bit rusty. Guess I just have to take it in the chin and keep writing. Any shows you watched this season that were on this list? What were your thoughts on shows this Summer 2017? Do let me know in the comments below! Until next time, ciao!