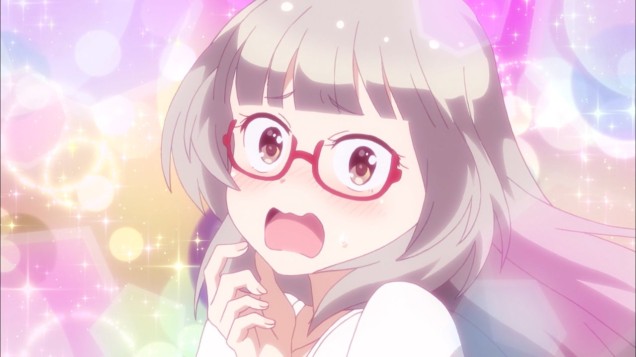 That said, I only added five shows to my list of three on-going titles, and after including Owarimonogatari (ge) later in August, will make nine shows this Summer 2017. I can actually work with something like that; anything more than 10 titles is pretty ridiculous at this point. So yeah, hopefully if you’re still interested, join me as I do a quick run down of impressions on the shows I’ll be watching this happy, happy summer season.

Nostalgia seems to be in vogue as of late, and that is no less true with Magical Circle Guru Guru making a refreshing come back in 2017. Based on the original manga that ran from 1992 to 2003, Magical Circle Guru Guru follows the misadventures of the reluctant hero-to-be Nike and airhead mage Kukuri as they head out on what is essentially a pointless RPG-like fantasy adventure to rid the world of a random demon king for a grand-spanking prize of 50,000 quid. The whole premise is meant to be a parody on the 8-bit era of RPGs and plays out with comedy that’s straight out of the nineties. It’s loud, random, nostalgic, and also very charming. I couldn’t help but rekindle fond memories of other parody shows like Akazukin Cha Cha, except this time many of the gags were focused on video games instead of the magical girl genre. Props also to I.G. Production for rendering the series with a classic animation style that feels both timeless and modern. Even the dialogue seems somewhat timeless — both catering to an older audience that is familiar with its charm and younger viewers alike.

Oftentimes, it’s easy to just pull something out of the trunk for the sake of hitting that nostalgia bone. True, Magical Circle Guru Guru may be just another attempt to reboot a classic series for a new generation of fans, but it’s a move I’m more than welcome to see put to screen with grace. Initial rating: 10/10 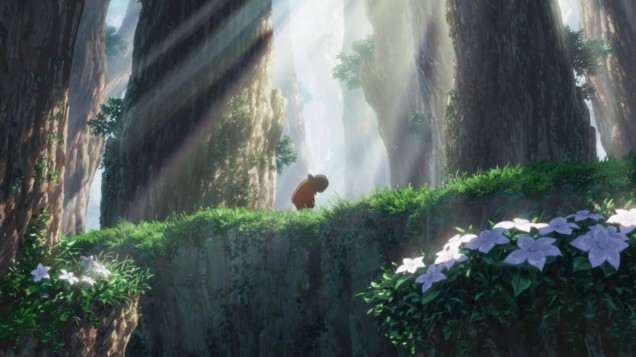 I’ve been looking for a show to satisfy my fantasy adventure crave since who knows when, and finally we get Made in Abyss: a show about young children in an orphanage setting out to recover relics in the depths of a bottomless abyss that has attracted the interest of all sorts of adventurers since time immemorial. The premise is simple, but the execution is grandiose — a beautifully animated fantasy world that is brought to life with wonderful lighting effects, expressive characters, and an amazing soundtrack. I really don’t know what else I could ask for in a fantasy adventure show. Initial rating: 9/10

#3 – Welcome to the Ballroom

Part of me was expecting Yuri on Ice goes ballroom, but then we’re introduced with Tatara Fujita — a junior high school boy caught in the throngs of the adolescent dilemma that is deciding one’s future. Through a series of miscalculated events, he ends up being inspired to take up ballroom dancing. Although the setup is your typical boy takes on the sports drama schtick, I can kinda appreciate where this show is coming from given it doesn’t assume any pre-conceived notion of talent beyond that which is intuitive; meaning, we don’t get the already exceptional Yuri or the autistically gifted Nodame. But at the same time, Tatara’s talent is of the latent kind — the burning passion of youth that has yet to be directed and is only finding itself in a world of opportunity. I can embrace something like that, definitely. All this backed with very impressive animation and character designs. I think I’m thoroughly going to enjoy this 2-cour show. Initial rating: 9/10

I enjoyed NEW GAME! during its first run exactly one year ago, and here I find myself enjoying myself all the same in its second run in NEW GAME!!. Typically Japanese naming senses aside, the characters remain as charming as they’ve always been, granted the fan service seems to be dialed up a bit higher than I remember. But in case this show needs some introduction for some, it’s basically a cute girls doing cute girls schtick in the context of video game creation. Interestingly, the show is smart to establish context early on by directing the overarching goal towards the development of an entirely new game, and this allows all the girls to gain a bit of “leveling up” opportunities, especially Hifumi. And it’s nice that this was framed in the context of a mid-year self-evaluation interview, which served both to reorient ourselves with the characters as well as serve as a bit of introspection for each individual character and what makes them tick. This smart sense of direction combined with the already flavorful artwork makes me more than excited to see how this season will shape up. Initial rating: 8/10 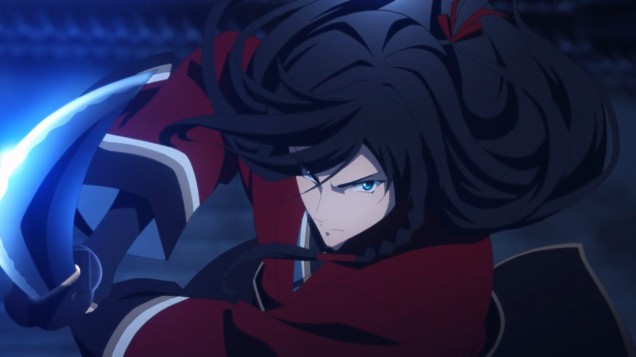 You can pretty much say I’m covered this season with regard to all the applicable genres. Comedy? Check. Fantasy adventure? Yup. Character sports drama? Yes. Action adventure? You betcha. And that brings us to Katsugeki: Tôken Ranbu, a story about a time traveling group of katana-wielding soldiers set out to save human history from the hands of historical revisionists. It’s based on an online mobile game of some kind, and though I’m not familiar with it, is still intriguing nonetheless. Given this show is being animated by UFOTable, it goes without saying that the quality of production is nothing short of stellar. Still, shows like this are the easiest to crumble, and so I’m viewing it with a tempered stance. Here’s hoping we’re treated to something enjoyable for the foreseeable weeks to come. Initial Rating: 7.5/10

Yup, that’s all of them. A humble little list of just five titles, but it’s actually quite rare for me to give this many high marks to this many shows in a single season. My hopes are really up now for this season, so please don’t let me down Summer 2017. Anyone out there watching any of the shows I mentioned above? Do feel free to share your thoughts as well in the comments below! Until next time, ciao!