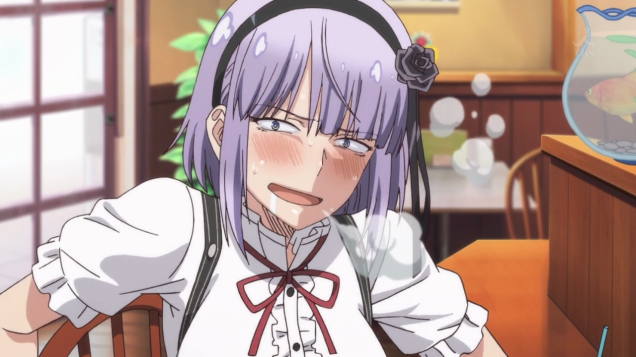 I’m pretty sure someone’s given you that look before, and it was probably followed up by something along the lines of really, you still watch cartoons?

The left half of my brain starts churning up arguments like cartoons ≠ animé, while my right half starts contemplating on the merits of Japanese animation as a unique medium of expression — only for me to end up responding with a rather underwhelming: yup.

I mean, there’s no denying it. Yes, I’m turning thirty. And yes, I still watch cartoons if that’s what you want to call it. There’s no point in analyzing the hermeneutics of animation with someone who thinks anything colorful and drawn is essentially a cartoon. But before you call me out as a pretentious Animé “supremacist” (if that is even a title), I’ll have you know that I actually DO enjoy watching western cartoons as well, although not as passionately or regularly as I would Japanese animation. Heck, I have cousins who work as animators in the United States, so any snide comments about the animation industry in general is tantamount to insulting them.

But really, I’m not here to argue about why people think Animé (or cartoons, whatever) are assumed to be made for younger audiences. And I’m not here to argue with people who assume I should be spending my time doing more “adult-like” things. To be honest, what I do with my spare time is no one’s effing business. But what’s really interesting, to me at least, is how I feel (personally) about watching anime now that I’m turning a decade older.

Again, this isn’t really about me getting to old for this shit. On the contrary, I’m realizing more and more that experience and “wisdom” (in quotation marks, yes) have sort of changed the way I view shows and the kind of things I see in them. And in some ways, it has been surprisingly fun. 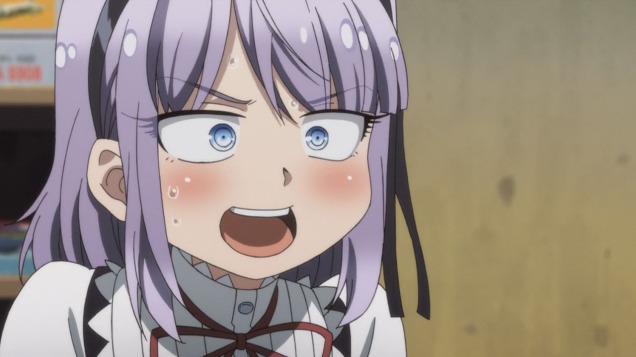 And I think this explains why Japan has figured a way to cater its manga/anime industry to certain specific demographic types, specifically of the different age groups. There’s Shounen (young kids), Seinen (teens to yuppies, basically the rebels), etc. Many times, there are certain tropes that predominate each of these segments, and it’s these “tropey” things that I’ve alluded to many times in the past. What I call “tropey” is probably just run-off-the-mill standard consumption for most people and their respective demographic — and  that’s okay. When I call out tropes, I’m not necessarily saying that I’m better off than others for noticing them. It’s just that I’ve become more sensitive to the way the industry tends to portray itself, so I call a spade a spade. Again, there’s nothing really wrong with being tropey — you like big boobs and tsunderes, well so do I (to a reasonable extent). But now that I’m older, I guess I’m just more amused at how tropes work, more than anything.

More on Shounen staples, I used to think that DragonBall was the shit back in the day. Indeed, it still is pretty cool, but I’ve tempered it down to something akin to watching WWE. And this is only because my grown-up self has found such over-the-top action to be a little overwhelming, excessive, and hyperactive. Again, there’s nothing wrong with that – but these days, I find myself looking for something a little more reflective, emotional, and soothing.

Does that mean I’ve become more boring as a person, now that I’m older?

Definitely. Heck, I’ve returned to University (I’m taking up a Master’s Degree right now in a totally different field from my post-graduate, and I plan on pursuing a Doctorate after that) more than a decade after graduating and everyone here is inviting me to a pub every single night when all I really want to do is curl up in a sofa and read a book. And no, I wasn’t an introvert back in my heyday. In fact I used to guzzle down tequila shots like a V12 Impala no sweat and then head over to my philosophy class the following day. Growing old, apparently, tends to make you want to “calm the f**k down“, as they say, and take it easy. Yeah, easy is nice.

You said what??? Why you sunuva–

My impulse to passionately denounce someone’s opinions on a show I like has also changed. About 10 years ago, I was a moderator in the CrunchyRoll forums and it was commonplace to get caught up in a squabble regarding the merits of Evangelion or defending the art style of CLANNAD after someone commented that the female characters all looked like they had Down’s Syndrome (yes, someone actually said that I kid you not). Nowadays, I find myself chuckling in amusement when someone talks shit about a show I really like. In fact I find it fascinating to find people with reactions radically different than my own.

And I think it has much to do with how adolescence is basically the time where teenagers try to differentiate themselves from one another — the time they search for identity (Erik Erikson calls this the period of Identity Vs. Role Confusion). They identify themselves more strongly with the media they consume, hence their outrage when someone criticizes something they like. Criticizing a show they love is tantamount to criticizing them, essentially. Now that I’m older, I don’t really identify myself with the media I watch — I scrutinize it with the values I already identify to be my own. That way, whatever I say is basically what I think. That doesn’t mean that I can’t relate strongly to a certain show if I resonate with it in a certain way — it just means that I’m more open to criticisms against it PRECISELY because the show isn’t ME!

So much anime… so little time…

Which comes to an interesting question someone once asked me: You’re watching so much [Animé] and yet you [still] work and study… where do you find the time?

And my answer is simple: there is always time.

If you value something, no matter what it is, you will find the time to do it. It’s that simple. If you can’t find time for it, then it probably wasn’t really that valuable to you in the first place. Either that, or you need to attend some time management courses, or invest in a good coffee press (I recommend Bodum — really expensive shit, but good). Because growing old has made me realize the value of time, and putting that together with what I value and what I want to do means that I make every and all effort to see that it gets done. And to the people complaining about time, that also means figuring out what your non-negotiables are, but at the same time being careful when certain values begin to encroach upon other things in your life.

People might say “compromise”, but I counter: why compromise on something you enjoy? Sometimes it’s about re-evaluating whether or not doing something is really helping you towards your end-goal. And this is one of the reasons why I’ve found myself dropping more and more shows as the years go by. I used to think that it’s a form of perseverance to get through a show — that I put myself up to watching a show, so the least I can do is see it to the end. Nowadays, it’s a matter of seeing if a show lives up to a certain set of values I have, and from there determine whether or not it’s worth watching.

So essentially, you could say that with age I’ve become more boring, more introverted, and more efficient. That might sound terrifying for any young animé fan out there, but trust me — I’ve come to enjoy it more and more through the years. So I hope that I’ve (sorta) allayed any fears some of you might have had about growing up. If not, rejoice in the fact that you’re living in a time where access to animé is just so easy (I can rant about how hard it was before, but that’s for another post). It’s great to be young, but it’s also exciting to grow up alongside something as great as animu. And for me at least, I’m looking forward to watching more and more of it for many years to come.