So yeah, third week in review. I decided to lump in the two shows that were left from Summer 2018 in [Side A], while everything else goes into [Side B]. As far as this group of misfits is concerned, they’re currently stacking up in a way I wasn’t quite expecting. Quite an interesting group, indeed. 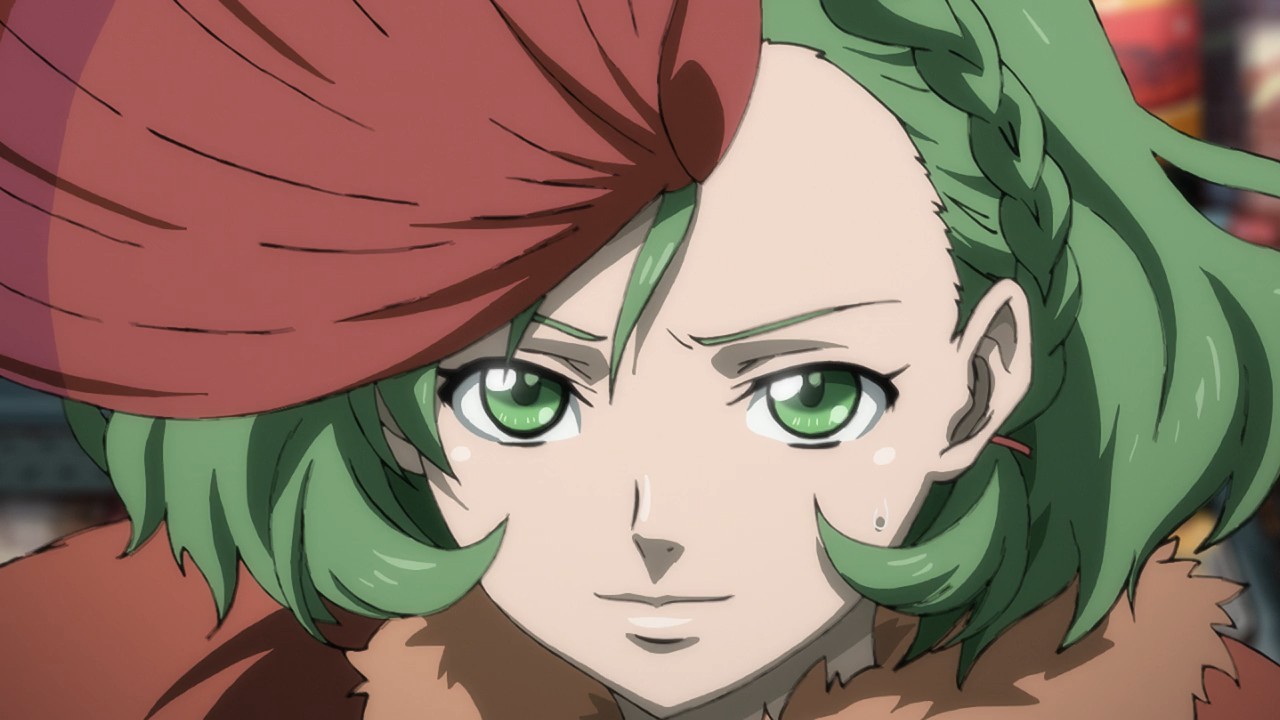 Ah… So that’s what NisiOisiN’s going with.

For a while, I was puzzled as to why Boar’s story ended so suddenly, as if to posit the whole here’s a puppy dog *shoots the puppy dog* schtick that is so prolific in shows that cater to the whole battle royale genre. But there’s something inherently deliberate in the way Zodiac War is prepping up its characters to face inevitable defeat, as they are systematically being eliminated based on their ranking on the official Chinese Zodiac. It’s also quite clear by the dramatic framing used that each featured character for the episode is the same subject for elimination. So at that point, it’s easy to conclude that the show is predictable, and through its predictability, aims to surprise through by the uninspired means of deviating from this established groove. However, I feel there is more to the production than just sheer thrills. NisiOisiN’s choice of execution reminds me much of the approach of storytelling from the side of the loser from previous works like Katanagatari, making the process of elimination less an attempt at soliciting viewer empathy than it is, really, highlighting just how wretched each of these characters are, and how to some extent, we’re forgiven for believing that they all got the death they deserved. It’s a dramatic pacing that is, oddly enough, appropriate to the genre’s workshop demands, which as far as the production of Zodiac War is concerned, places it very high up in the list for shows to watch out for this season. I’m really not a fan of battle royale, but if there’s any show to show other shows in this genre just who’s boss, this may very well be it. Expect me to write an extended article on NisiOisiN’s take on the loser in a future post! 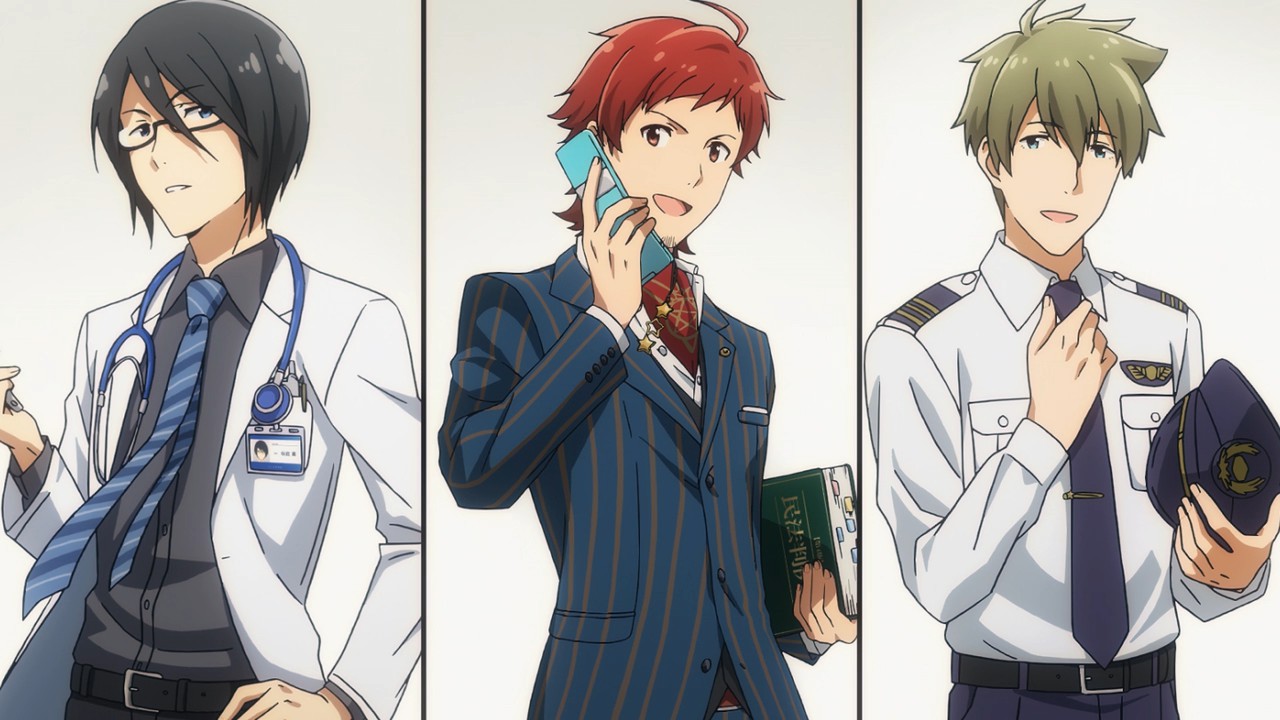 That is a lot of men. That is a lot of men acting like non-men. And you know what, I honestly see nothing wrong with it, other than the fact that there’s now a nagging concern that the whole production won’t be able to handle each individual male idol group with the tender-loving-care each one deserves. Because if memory serves me right, this is just about the same number of idols that Cinderella Girls had to deal with, and we know where than wound up. But still, there’s a charm that feels a bit more relatable, given that a good handful of these male idols actually hail from the professional arena, what with ex-lawyers, doctors, pilots, and teachers abound. Forget the fact that it feels like the personas of their female idol counterparts were transplanted into male shells — I honestly feel like that’s a trivial complaint to the nature of the production, which is to promote the spirit of positivity that animates idols and pushes people to be inspired by their heartfelt effort to become better in an otherwise demoralizing industry. Plus, I like the idea that I can watch this show without feeling a hit to my own masculinity. If anything, it’s proof that my admiration for this franchise has little to do with the objectification that is inherent in idol productions focused on women. Granted that “objectification” is a pretty charged topic to begin with, I think this series is best enjoyed without having to overanalyze it. It’s the kind of production that is silly enough to be endearing, and charming enough to be relatable. 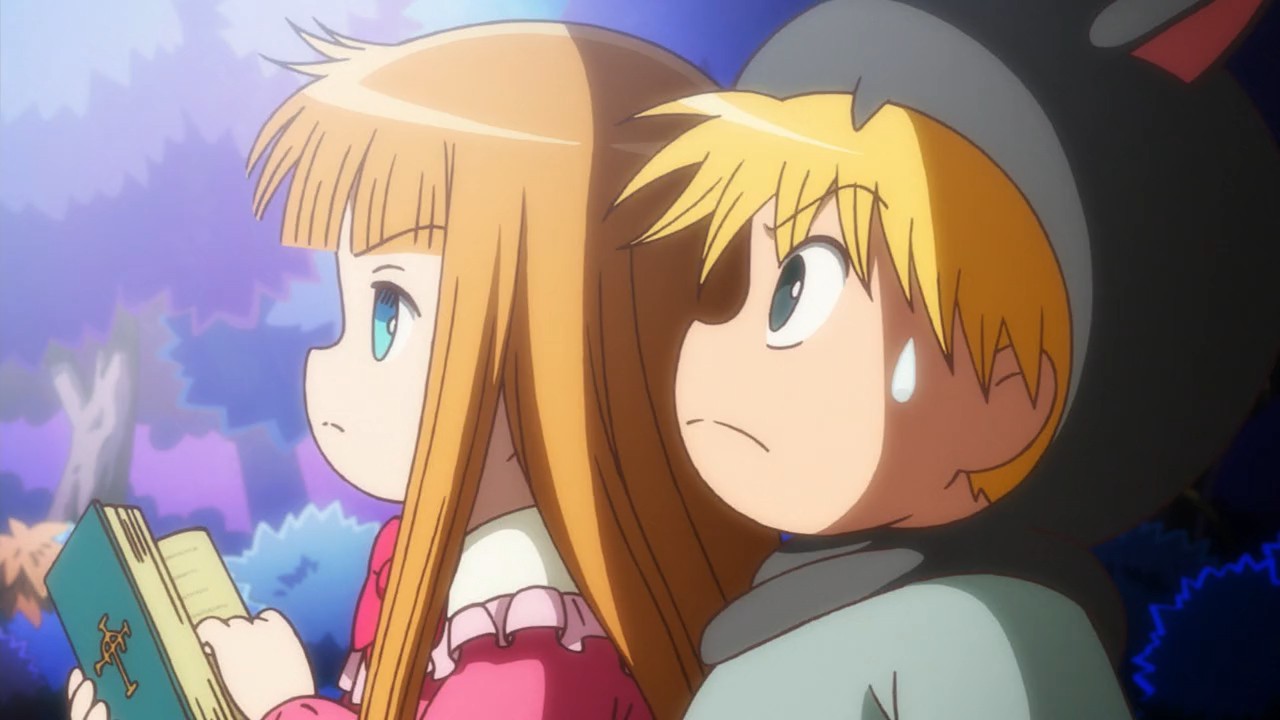 I’m a little jaded at the need for productions like this to sorta promote its character lead love interests, if only to return things to the status quo. Comedies have no business in elevating the relationship status of its characters, unless its willing to invest in a sorta of dramatic re-imaging of the positional roles that each person plays — as is the case with most western sitcoms when characters become items, or they wind up pinching out a baby out of wedlock. But Magic Circle Guru Guru isn’t a western sitcom, which is why nothing is going to come out of this little experiment of protecting Kukuri’s heart from an unfeeling Nike. But that’s me overanalyzing things (as usual), and I think I’m only doing that because I feel like this little segment has dragged on a bit too far for my tastes. Plot hiccups aside, the comedy is still rowdy and off-the-wall — but when it has to cater to the sort of love-hate-relationship shenanigans that are being posited with the recent turn of events, things tend to feel forced, if not bland.

Welcome to the Ballroom (Ep.15) 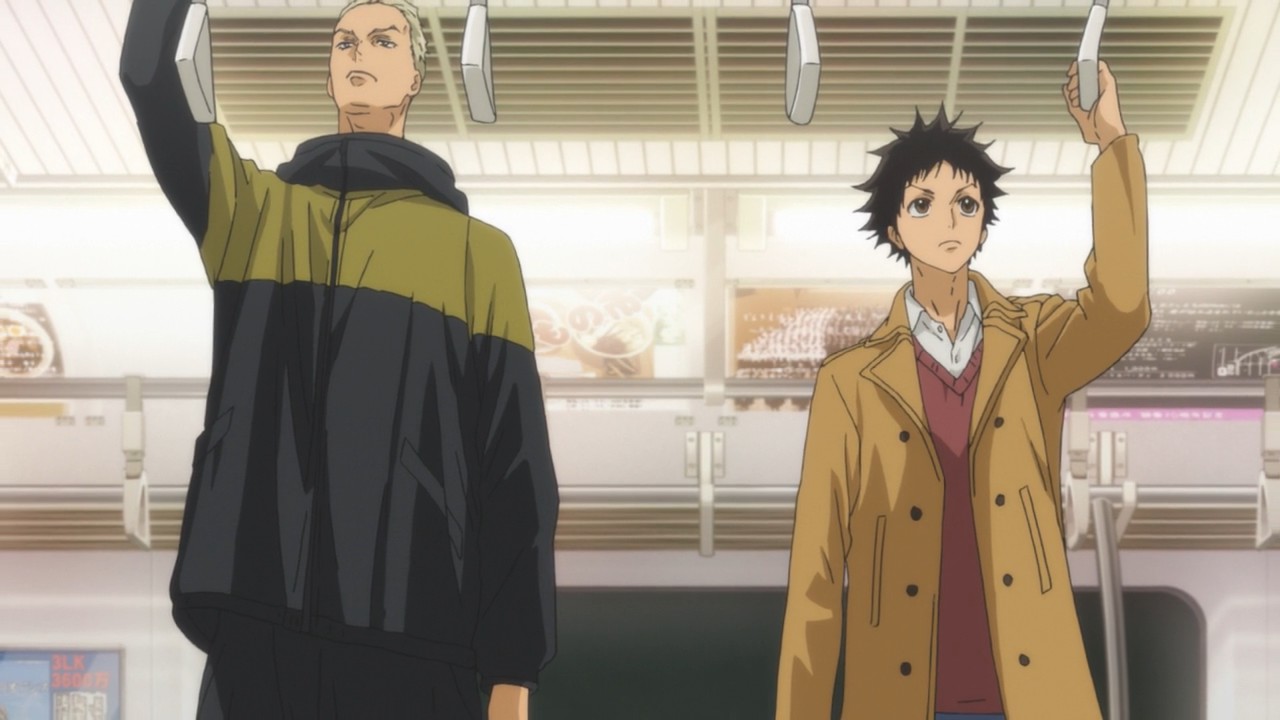 I have to give it to the show for highlighting Tatara’s refusal to accept the hegemony of competitive ballroom dancing that is Male-lead dominance. And the show doesn’t pull any punches by highlighting the fact that women dancers aren’t even considered competitive athletes at the official level, which makes for an interesting sort of conflict for Tatara to have to deal with. On the one hand, he needs to step up in order to make himself a worthy partner for Chinatsu — but at the same time, he doesn’t want to maintain the status quo, which implies him having to exert his dominance over her. It’s an interesting setup that has me a bit curious given Welcome to the Ballroom’s previous attempts at highlighting gender role structures through the lenses of deceptive framing (which inadvertently made the production seem misogynistic). So yeah, it’ll be interesting to see where this will go, especially since Tatara is now under the tutelage of Hyodo’s mom — a woman, unlike the excessively masculine Sengoku. Interesting indeed. 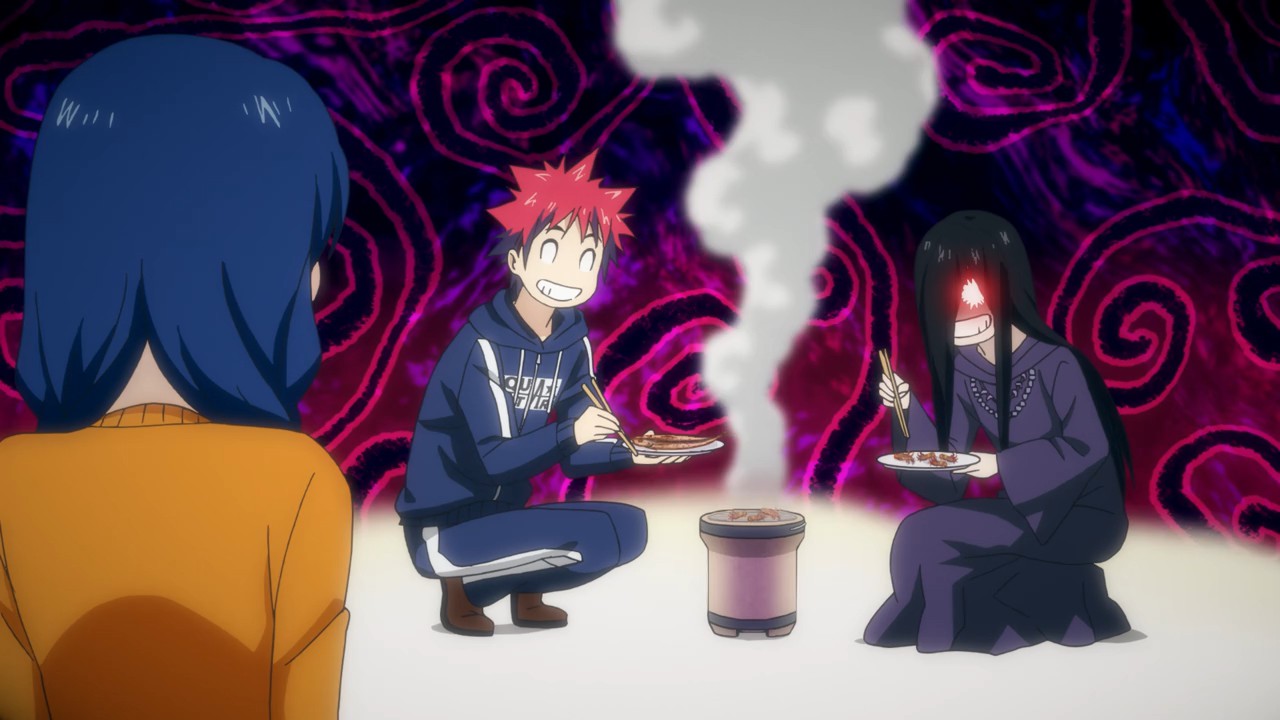 I could’ve sworn I enjoyed the Moon Festival arc in the manga, but for some reason, it feels very bland and utterly boring in the anime format. I’m not sure if it’s because things feel dragged out over these past three episodes, but at the rate we’re going, I’m going to die out of the sheer tedium. I seriously don’t understand why Food Wars! isn’t translating as well as it should in the anime medium. Sigh, I guess my weekly posts of Erina should make up for any misgivings I have for how this show is turning out to be. 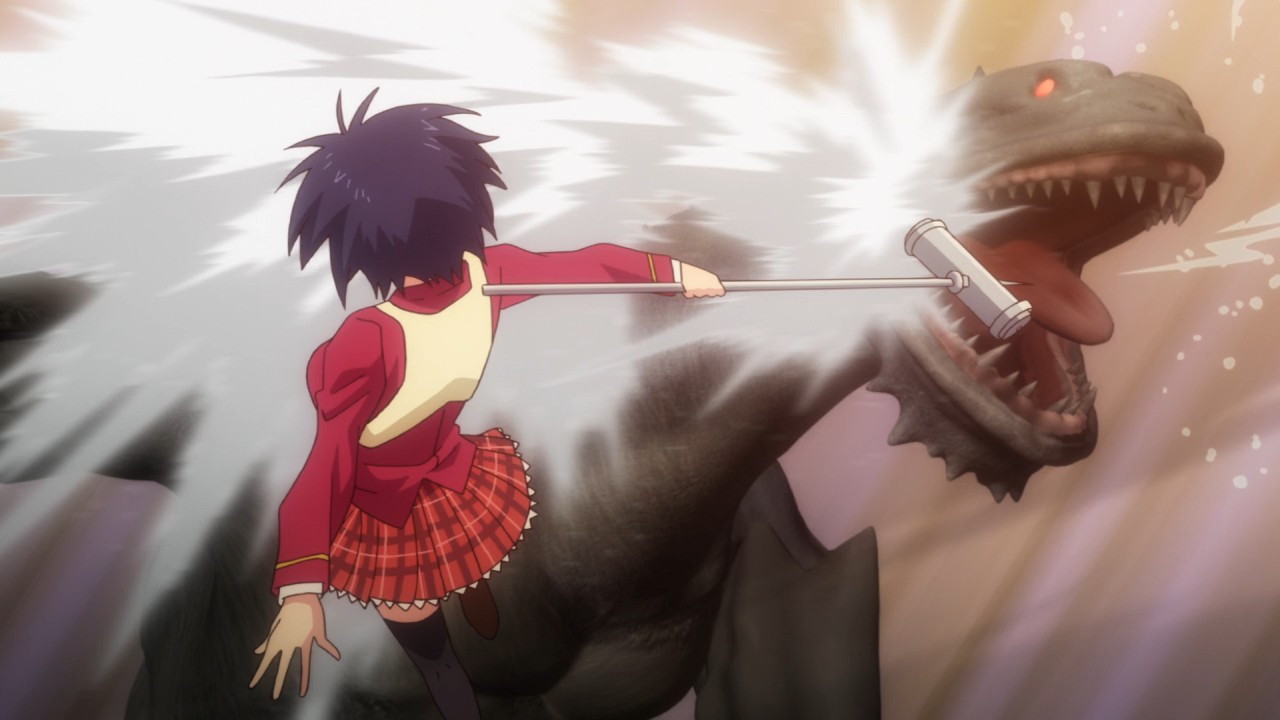 Is this supposed to be fun? I honestly don’t know what I was hoping to expect from the brainchild of an aging name in Shônen anime, but UQ Holder just isn’t holding enough interest in me to justify any extended viewing (pun not intended). Even the fan service seems a little dull, coupled with tropes that seem forced if only to justify the genre. Things just don’t roll of smoothly for me to the point that it just feels awkward watching this show. And to be honest, I don’t know if it’s the fault of the show and its direction, or just me being who I am. And when I reach a conclusion like that, I guess the only thing left is to just drop it altogether. Too bad.

I’ll let you in on a secret — I still have the other half of the week to watch! Well, it’s Sunday, so expect something later tonight. And wait, where’s March comes in like a lion you say? Don’t worry, I’m giving that show some special treatment in the form of dedicated weekly posts. Because experience as shown that my thoughts on that show just eat up too much space in a group review article. So yeah, look forward to that as well. So until next time, ciao!