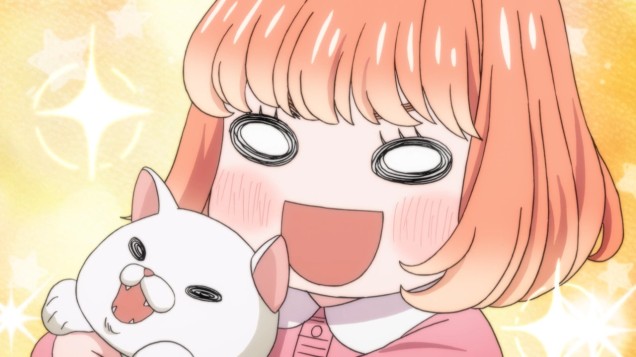 Hey guys! Time for another Lost in Translation! This entry comes from episode 16 of March comes in like a Lion, where we are treated to a bit of Japanese culture in the form of the Hinamatsuri a.k.a. “Girl’s Day”.

Now if you’ve watched enough anime at this point, you’ve probably already encountered Girl’s Day and are familiar with the idea of how the Japanese celebrate young women and wish for their good fortune in life, marriage, and fortune by putting up dolls that mimic the formation of the imperial courts during the Heian period. But what I’d like to share with you today has more to do with the food items that were tossed left and right during the discourse. WARNING – I will not be responsible if you suddenly have the urge to go out for Japanese cuisine. 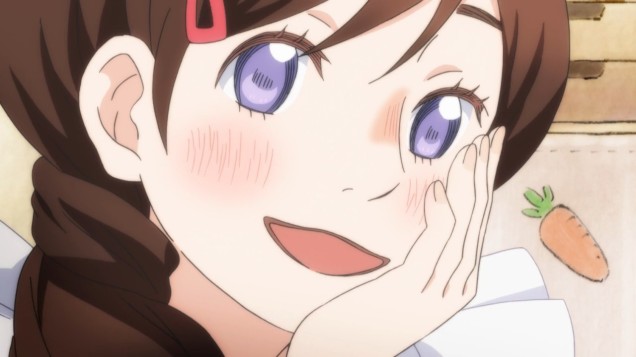 It’s important to know that most foods served during Hinamatsuri have some sort of symbolic meaning relating to the celebration of a young girl’s fortune. Akari names a few of the traditional dishes, including Chirashizushi (ちらし寿司) and Chakin-zushi (ちゃきん寿司). You might have heard the former, which a friend of mine elegantly describes as a “deconstructed sushi”: 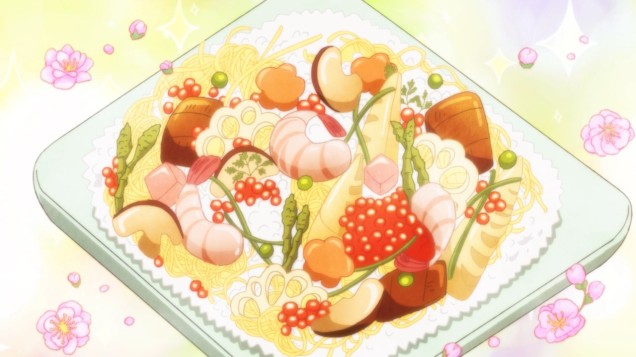 This dish is basically the vinegared rice you typically use in sushi topped with various types of seafood and vegetables. The modern variants of this dish often have sashimi or raw slices of seafood, ranging from ingredients such as shake (salmon), maguro (tuna), uni (sea urchin), and ebi (prawn). But for the Hinamatsuri, the following ingredients are the traditional implements, each of which represent a particular “prayer” relating to the fortunes of young girls:

In fact, all of these four core ingredients are found in the illustration above (the rape blossom shoots are the ones that look like asparagus heads), but there also appear to be salmon roe, mushrooms, carrots, baby bamboo shoots (whole and shredded), and tuna. (drool) 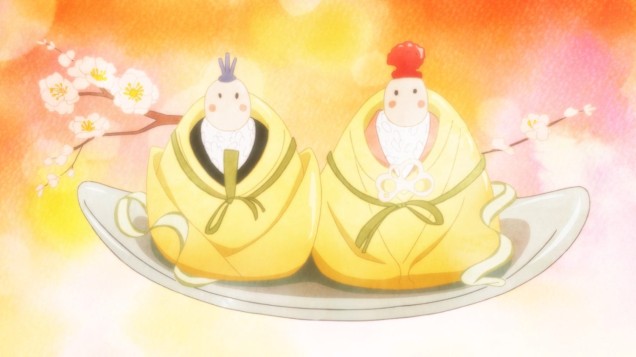 Akari then mentions Chakin-zushi, which is sushi rice (vinegared rice) wrapped in a thin layer of omelette. Vinegared rice is a typical prayer offering, so the only relation to Hinamatsuri for this particular dish is its appearance, since it can be shaped to look like the Hina dolls. 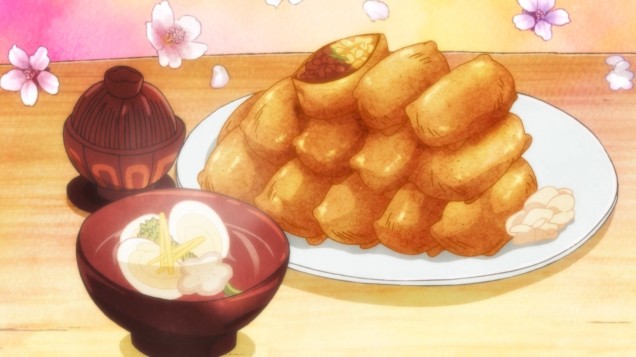 A little further on in the segment, Akari mentions a clear clam soup, which is known as Hamaguri no suimono (はまぐりの吸い物). This is a typical salted broth served with ginger and clam where the clam represents “favor in finding one’s destined partner”, because the two sides of a clam shell fit perfectly, and no other shell will fit another. 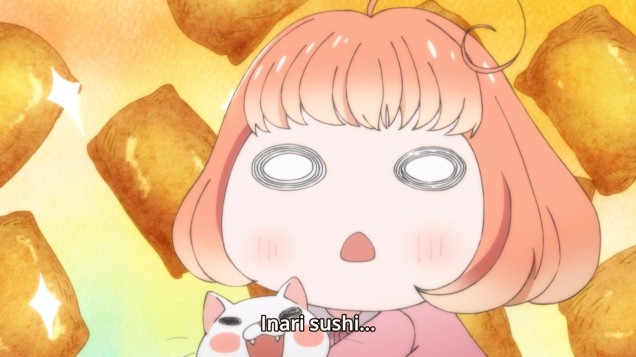 But Momo seems to want something totally different from the prescribed Hinamatsuri menu — something called O-Inari-san (お稲荷さん), which is basically vinegared sushi rice placed in packets of fried sweetened tofu. This dish doesn’t have any particular festival associated with it, but it is a common offering to temples that give reverence to the great deity Inari, which you may have encountered in animeland as a character represented by a fox. Although strictly speaking, Inari isn’t a fox deity, but has many messenger spirits that take the form of foxes, and chances are if you’ve ever been to a shrine in Japan, you might have noticed two foxes standing at the foot of a large red toori.

Legend says that these foxes like to eat fried tofu (called aburage), and so worshippers offer O-inari-san (or as the show translated it, “inari sushi”) to the fox spirits in order for them to transmit their prayers to the deity Inari. In fact, they say that the apperance of O-Inari-san is a pouch with sharp corners, which resemble the ears of a fox. Other funny uses of this word is in a noodle dish called Kitsune Udon, which literally means — you guessed it, “fox noodles” — and basically contains udon topped with some sweetened aburage (fried tofu). 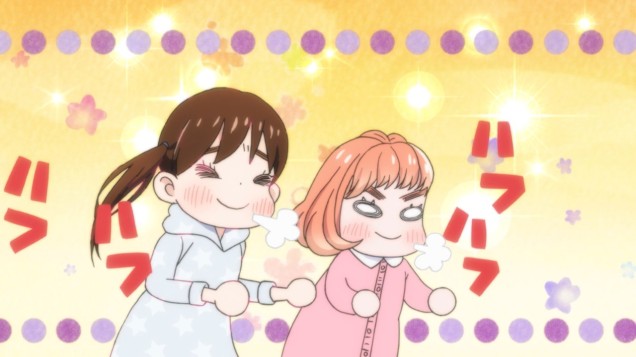 So yeah, the girls really want their O-Inari-san now. Regardless of whether or not the food is related to Hinamatsuri, the intent on wishing on good fortune for girls is within the spirit of offering O-Inari-san during the said festival. But to be honest, if it tastes good, who am I to complain, right?

Yeah, this entry was a little more of a cultural lesson on the Hinamatsuri. I know it’s been covered to death in many other shows, but I thought this week’s episode of March comes in like a Lion gave a grand opportunity to talk about the food — something that not many shows have really touched upon. Now unfortunately, I’m craving for some sushi right now… so if you’ll excuse me…